There is a new class of boat emerging. These new boats, which I refer to as ‘pico skiffs’, are smaller than a micro skiff or flats boat but are more accommodating than a kayak or SUP (stand-up paddle board). There are a few available thus far made by different manufacturers such as Dragonfly Boatworks ‘Dragonfly’ and Pelican Flats Boats ‘Ambush’; the latter of which we’ll be talking about in this review.

Traditionally if you wanted to go motor-less on the water you were limited to a canoe or kayak. Now that many more materials and methods of fabrication are available, companies are finding new and unique ways to make light self-propelled boats that can be used in protected waters and transported easily.

The newly popular SUP category of paddle boards is fringing on the category of ‘boat’ but will never really be one. You may be able to take a chop and go fishing on them, but they lack the sides and a recessed area inside to even be considered a boat. This is where pico skiffs fit in between. They are light enough to be self propelled across the water, but can also be outfitted with electrical or combustion motors if need be- and they can be easily transported!

Pelican Flats Boats is currently the manufacturer of a few boats, from full on 17′ flats skiffs, down to the little Ambush. All boats are custom made with your options.

I had a chance to meet up with the owner of Pelican Flats Boats over the weekend and take a spin on some of their current offerings. Needless to say, I was impressed.

Description of the Ambush from Pelican:

The Ambush is a unique approach to finding fish fast. This vessel can be used as a paddle board, kayak, and small outboard powered flats machine. With a self bailing cockpit and dry storage hatch this craft is unlike any other on the market. All Pelican products are hand made with composite materials and built to last. 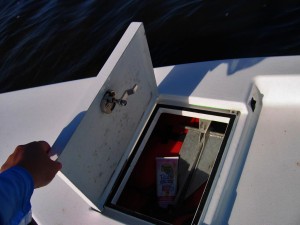 The Ambush as described above is a neat little skiff that does more than a kayak or a SUP, but can still be used like a kayak or SUP. The first thing I said when I saw it (in as manly of a way possible) was, “Man that thing is cute!”. It looked like a full-on skiff, but was tiny; as if someone had taken a shrink ray from a cartoon and turned a nicely finished flats boat to a smaller size. The fit and finish on the Ambush was very nice. Everything was molded together and assembled with care, and it looked like Pelican took the time of assembling an actual skiff when creating the Ambush.

There was more to this skiff than the eye could initially see, though.

Upon closer inspection, it had a hatch and a bait well. Wait, what? A skiff this small and this light could accomodate a bait well and a front hatch? That sure was something. When I opened the front hatch, it was holding a battery, a life vest, and anchor, and a tube of sun screen (shown right). To me at least, this was all surprising- surprisingly awesome. The metal work on the Ambush was very nice as well. The rear engine mount and rod holder combination was a really cool touch- and did not weigh down the skiff noticeably at all in the rear.

I tested the Ambush that day with a 4HP Mercury outboard attached to the rear. I quickly launched it from the ramp and ran across the dock to the nearest flat to see how shallow this skiff could really get, and it did not disappoint. With the motor trimmed up, the boat could get nearly to the shore line in inches of water. It seems that this skiff is only limited to the amount of weight in it and if it has an outboard or not on the back with a skeg. 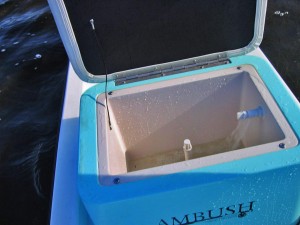 I turned off the outboard, hopped off the Ambush, and inspected it once more. The bait well functioned flawlessly (shown left) and the Ambush was performing just as good as it looked trailered in the parking lot. Pushing the Ambush around and maneuvering it was a breeze- literally. We had a not-so-awesome wind coming through the area that day, and with just a breeze the Ambush was moving on the water, a testament to it’s weight and agility on the water’s surface. It’s stable, too. Sitting down, standing up, and getting on/off the Ambush was effortless.

When I was about to jump back onto the Ambush I had noticed something…the skiff was full of water inside the recessed cockpit! I thought to myselg “Oh-oh…” for a split second, then I realized what I was on. In a larger skiff, if you have 3″ of water in the cabin you would probably dive for the bilge switch. Not in the Ambush. I turned to the side, jumped off the skiff again, and tipped it over while lifting one of the sides and most of the water came right out. Some water was left, but as soon as the Ambush got moving again with the outboard the water had been whisked out the back skupper hole and was nowhere to be found. Sure, you can have a SUP that wont even retain water, or a kayak that simply drains the water vertically down skupper holes, but the Ambush is more into the boat category than those options and expelled the water with ease for what it is.

If you are currently looking at a SUP or kayak, I would definitely give the Ambush a hard look as well. It’s competitively priced only a few hundred more than a top of the line kayak, does more, and is custom built to your needs. I would say that the ‘perfect’ scenario for ownership of this Pelican Ambush pico skiff is someone with a waterfront property who wants something that can just ‘get up and go’ and do it all well. But let’s face it, we can’t all own waterfront houses on our favorite fishing holes. If you fish the back country, protected waters, lagoons, lakes, or any other places like that and you dont want to drop over $5,000 on a new micro skiff, this is the vessel for you.

Here’s the official specifications from Pelican:

Sorry for the weird colors in some of the photos, camera was acting up. 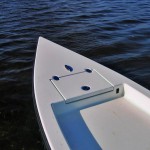 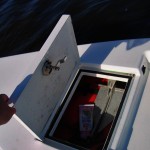 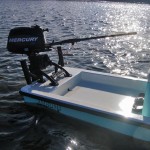 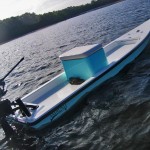 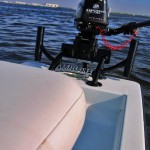 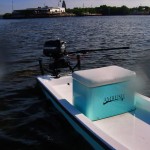 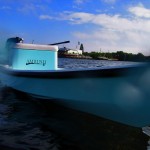 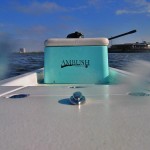 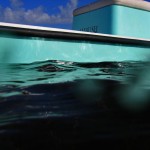 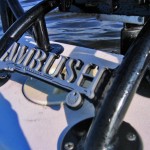 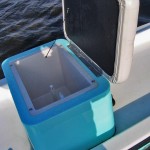 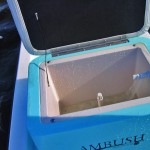 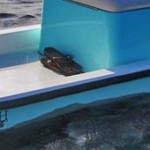