Chokoloskee for the Weekend…

So we planned it, and it happened. I have never fished Chokoloskee before this. I have allot of friends who had fished there, telling me stories of landing huge fish and ‘hundreds of fish’ every day. I saw the videos, I searched online, I read reports- but nothing could prepare me for how vast ‘Choko’ really was. I know what the Everglades is and how it works, hell, I grew up on the Eastern edge of the ‘glades bass fishing with my Dad in the early 90’s. Fly fishing the Chokoloskee with a couple of tips from friends of where to fish and a GPS in your hand is a different story.

We set out on a Friday evening after work and drove to Chokoloskee from Central Florida. We got there around 9PM and settled down in our double-wide rental for the weekend (which was pretty neat). Camping is fun, but renting this trailer for a few nights was pretty awesome. It was no four star hotel in South Florida while fishing the Keys, but it was accommodating. The first night was filled with drinking and drunken fly tieing to prepare for the day ahead (a horrible idea, poling with a hangover sucks): 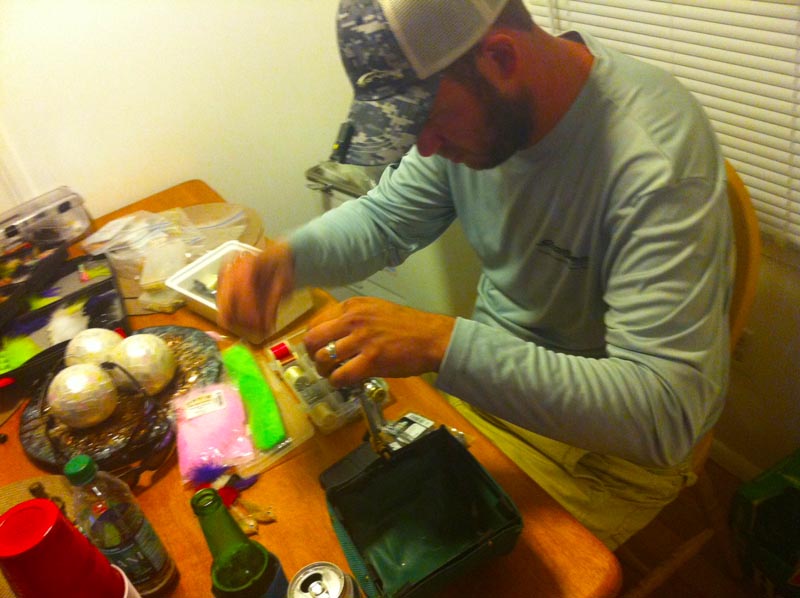 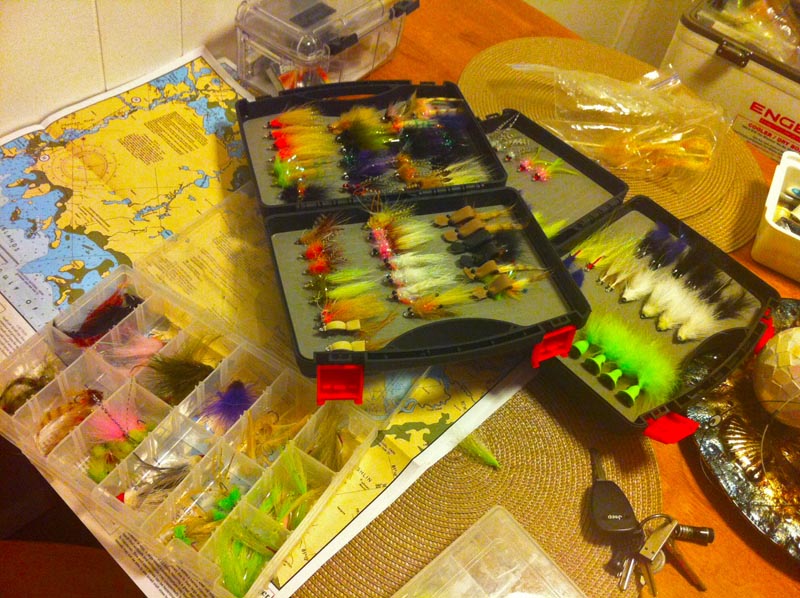 We set out the first day to do some backcountry fishing. We’ve all seen high in the lowlands, the epic backcountry fishing video on Vimeo. I had high hopes my weekend would turn out similar to that over the course of two days, but I was mistaken. Chokoloskee is a tough fishery to fly fish. If you’re a bait soaker, or even an artificial blind-caster, it can be a fun place to fish. Sight fishing Chokoloskee would lead me to see a sight I will never forget, and lead me to go back for more in the future. 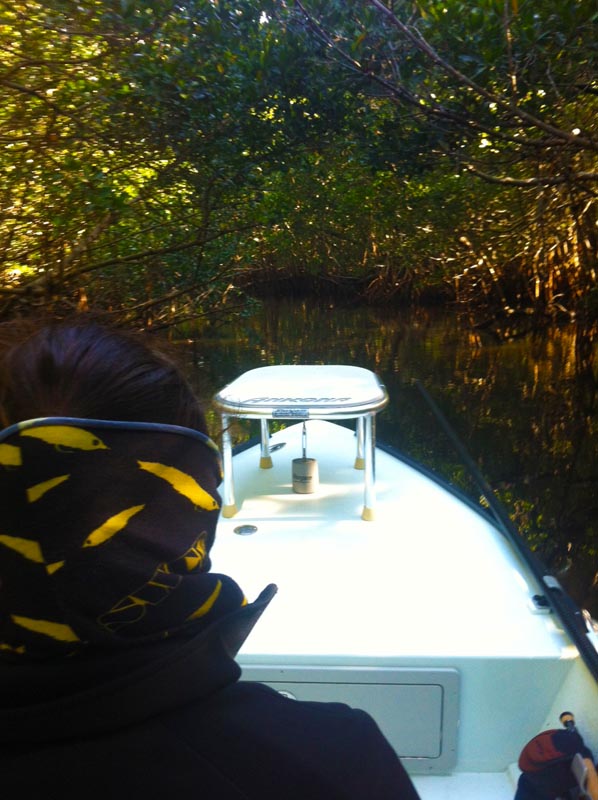 We ran the front and up a creek for almost an hour through tiny mangrove tunnels. After reaching our destination, it was time to pole the shorelines looking for participants in the day’s activities. Shoreline after shoreline, nothing happened. Not a single fish in sight. “We went an hour into the backcountry for this?” On the way out of the spot, we fished some bends and I pulled out a few 12-14″ snook from the mangroves, but nothing picture worthy.

On the way out, I saw something. It was dark and it was coming towards the boat. This 25″ silhouette in the water was approaching the bank in the brackish water and heading right for us. It was a snook. A nice snook at that. The minute we locked eyes I was frozen. I couldn’t move for that second, and in that second he was gone. The fish made us and zoomed off before I could even bend my knees to grab my rod on the poling platform. It was like looking down the barrel of a tank, frozen. I will forever have this image of a big backcountry snook in my brain- and this is the sole reason I will be returning for more.

That was that. We headed home for the day.

The next morning, our last day of fishing, we made a good breakfast: 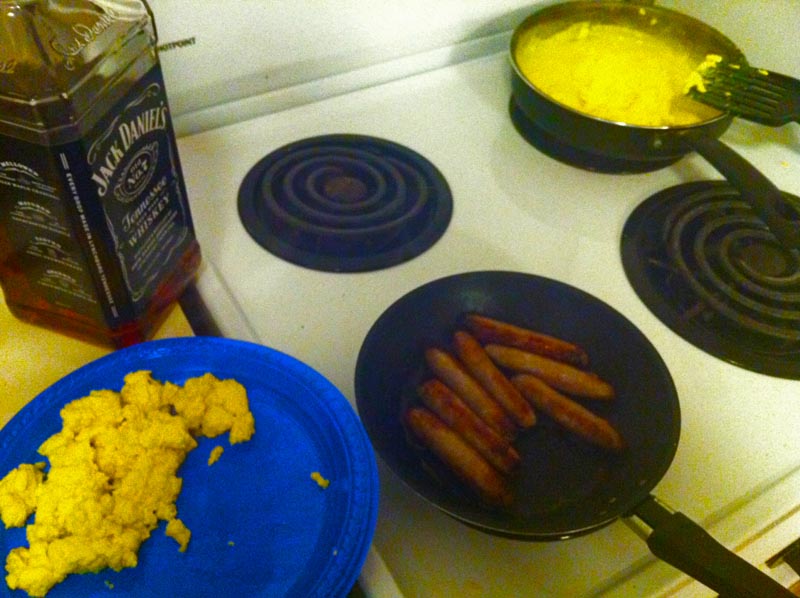 And then headed out of the ramp: 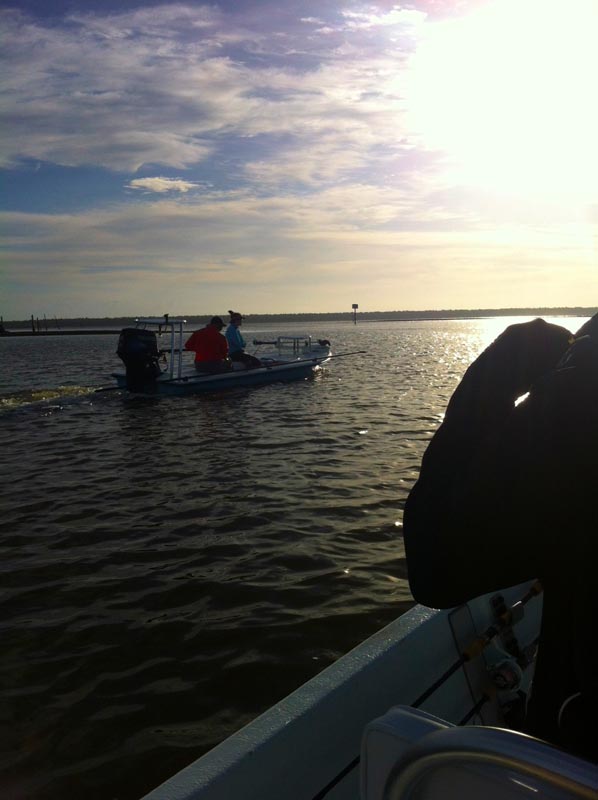 Our first item of the day was to hit another backcountry spot where we heard there should be nice redfish and some tarpon. “Let’s do it!” Nope. Nothing was there. After another hour drive into the Everglades backcountry, no fish were to be sight fished in this second spot. There were mullet all around, but no predatory fish to take advantage of. After poling around for hours in the morning at this first spot, we headed back out to the front to check out a third spot we were told about….and we found fish! Finally…as I poled around the shoreline of this third spot we came upon scattered oyster bars that were now full of water. “Holy SHIT!” Huge black drum and redfish were all around us as we poled the shoreline. Tons of quality fish were tailing on the shoreline and picking at these oyster beds.

Low and behold, they wouldn’t touch artificials. These damn fish wouldn’t eat a single artificial or fly we threw at them. We must have tried to cast to over 25 fish that were actually eating, but no dice. We pulled out a couple of rat reds from the shorelines and coves the rest of the afternoon, but that was all. 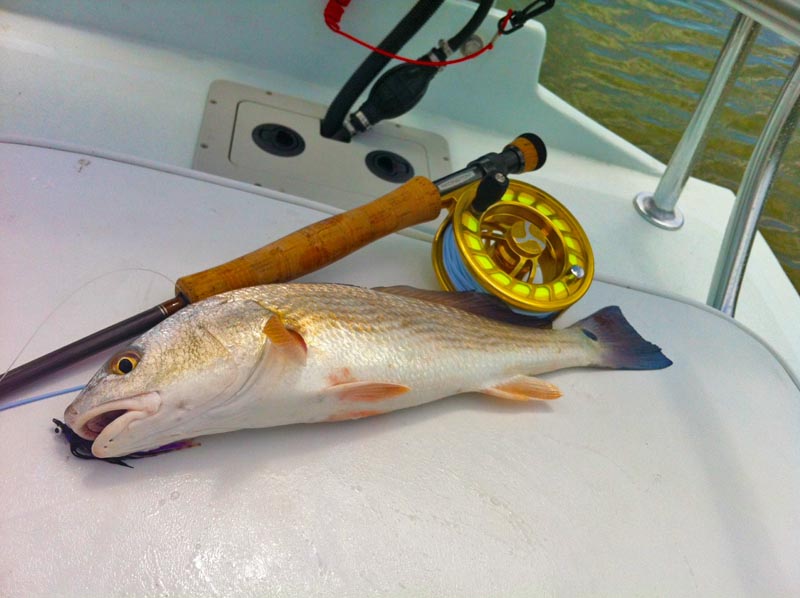 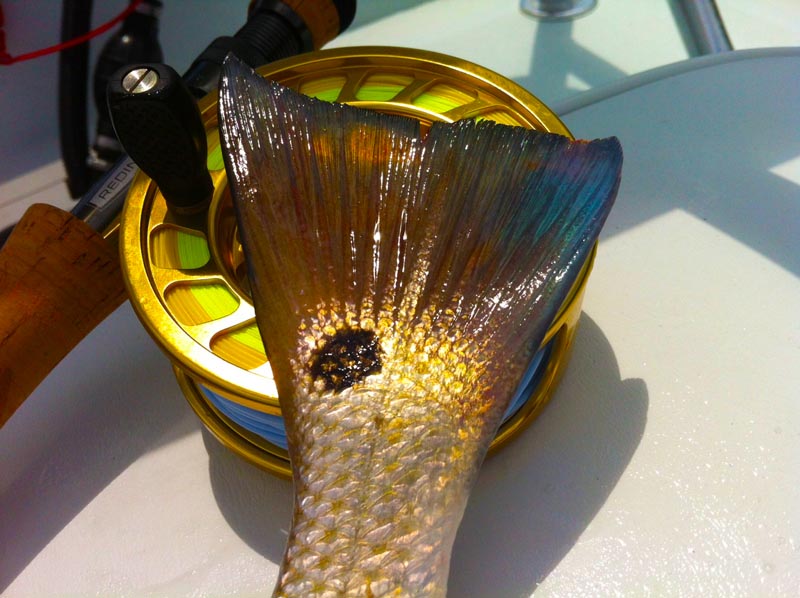 Thanks to those who guided us into a few spots they knew of that were producing. It was all good fun, and we had a great time. Exploring the ‘glades backcountry is always a treat and we saw some beautiful scenery along the way.

You win this time, Chokoloskee.