What does a good angler do when he finds a flat loaded with fish on Saturday? Answer: He goes back on Sunday. Duh. I took my buddy Todd (@toddl3rr) out for the morning and we hit the same matted grass flats from the day before, and they were still stacked up with fish. The morning started a little slow since the weatherman lied to us again. 4mph winds? Sure thing, buddy. We got to the flat right after sunrise and the wind was already blowing steady, but it wasn’t horrible. We could still throw the 7wt Sage Xi3 with ease at tailing and cruising fish all morning long. For some reason the fish favored just cruising for the most part. This is my hands down FAVORITE way to catch a redfish. A single or double just barely scraping the surface, pushing a tiny wake and letting out only a small triangle of their fins as they make their way across the water.

Tailing fish are obviously hungry, but many times (especially in the matted grass beds of the lagoon) they will be buried so far down they won’t be able to see your fly. When a fish is cruising, you have a 50/50 chance that they are cruising for food but at least you have a proper chance at presenting your fly and maybe changing their mind! As we poled into a corner I spotted a nice cruiser moving away from the boat. Crap. One of the toughest shots you can make on fly is when a fish is moving away from you. Doing some kind of half-assed purposeful loop collapse so it hooks around the fish is a tough thing to do. We were in luck. At the last second, right before the fly line was released from the bow- the fish turned to the right allowing the fly line to be whipped perfectly in front of him. Two trips and a big swirl from this fat red and it was on. When we boated the fish it looked like he had eaten a whole blue crab just hours before.

Check the photos below. 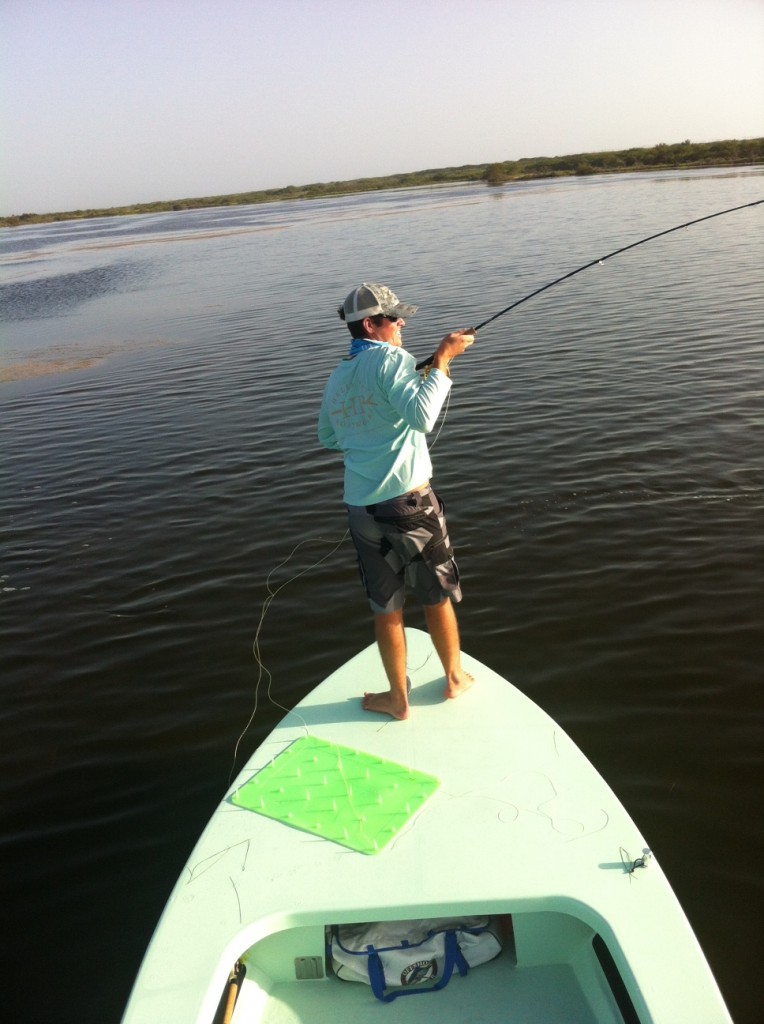 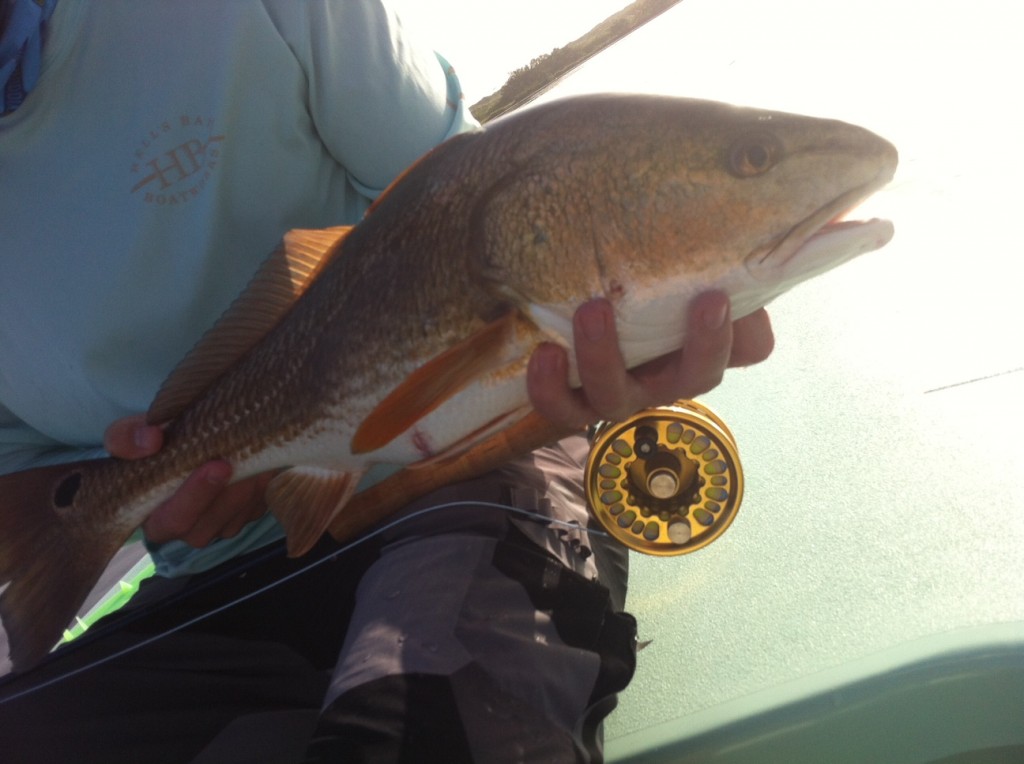 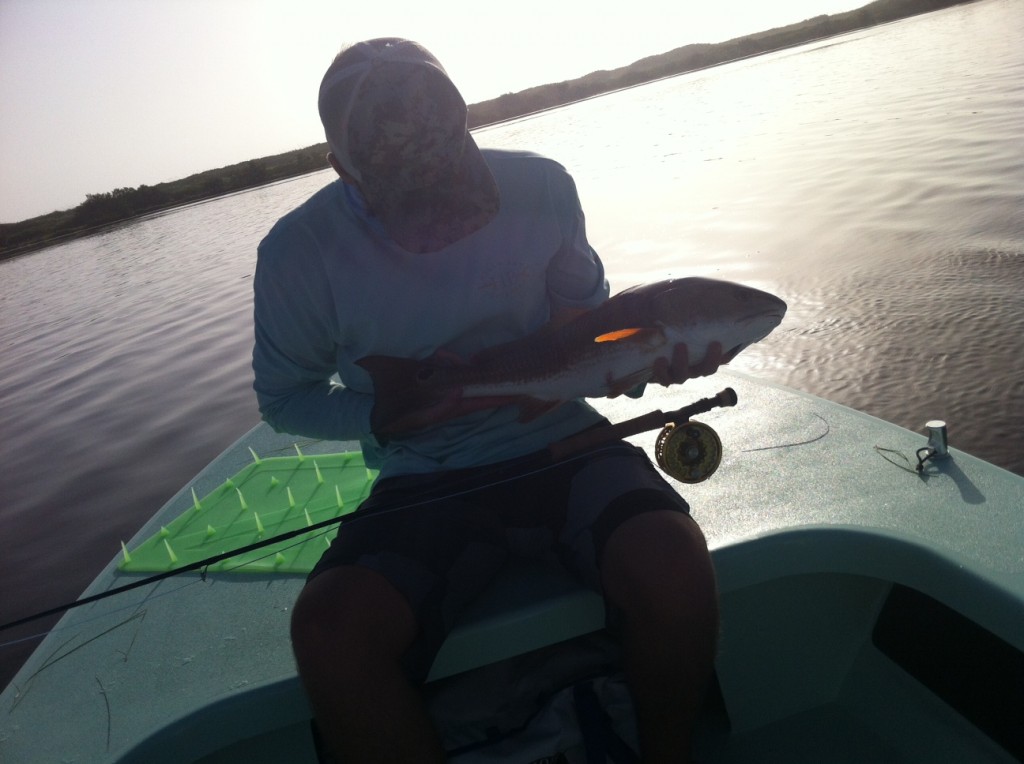