Mother Nature; Get Back in Heaven’s Kitchen

In short, the weather in Florida has been horrible for what should be a relatively calm winter. Am I right? In Central Florida, at least, it’s been less than desirable. We just couldn’t seem to get a break from good old Mother Nature in December. Three conditions plagued the month of December which can be described just slightly less than horrible for die-hard sight fishermen: clouds, wind, and cold. When it’s cloudy you can’t see anything, when it’s windy you can’t cast your awesome 7wt or see anything for that matter, and when it’s cold the fish aren’t roaming the flats at 7:00AM when it’s 55 degrees out. This photo shows the awesome mornings in December…white caps, wind, cold, and fog! Yay! 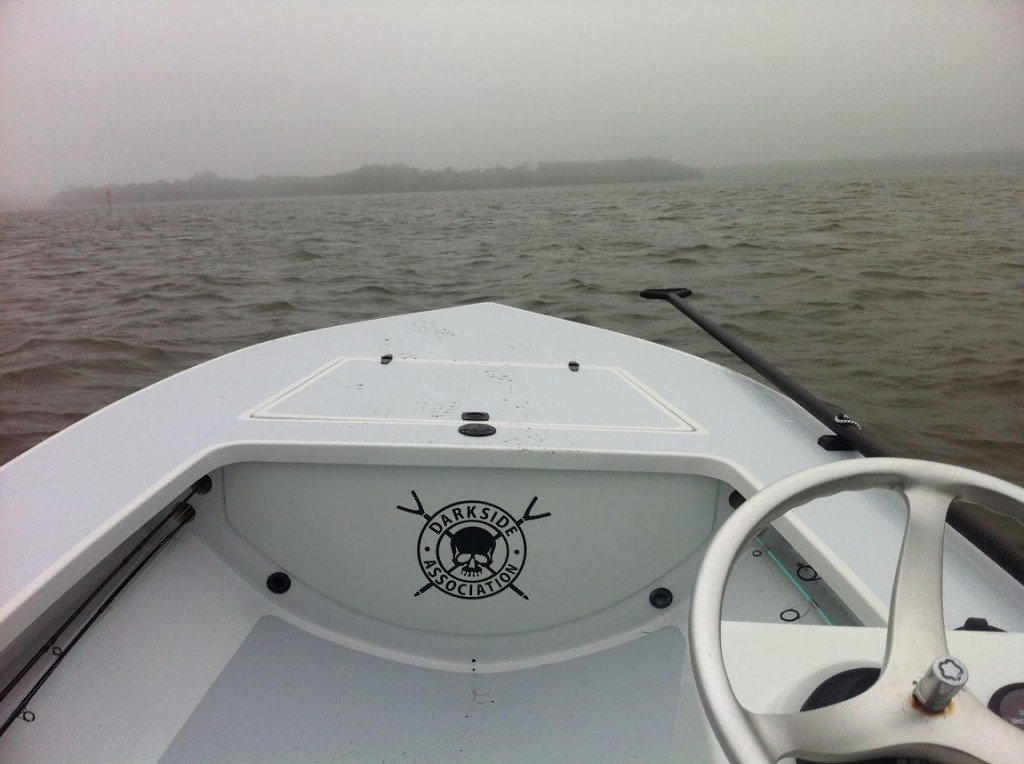 Some action was to be had, luckily. Due to my job I was able to get two full weeks off work in the last half of December so naturally I was all “WOO! AWESOME! FISH EVERY DAY!”, which turned out not to be the case due to the aforementioned conditions. I’m not one too bitch and moan too much, but come on. When you have two full weeks off work and literally get thrown the worst fishing conditions in the world- You’re allowed to cry about it on the internet. Not to mention the last cold front we had some through this week which dropped the temperatures down to almost 30 degrees at night! What the heck Florida!

I took my girl out to fish last weekend with a promising forecast of 1-5MPH winds and clear skies all day before this latest cold front swept through. Thank the Lord for that, he must have put Mother Nature in her place (back in heaven’s kitchen) for the day. We were greeted in the morning by flat-calm water on the flats and super clear visibility. The photo below is on the edge of a flat where the water was coffee colored just a month prior. In 3-4 feet of water you can now see the bottom! Some of my friends say “You just don’t remember last year, it was just as clear.” Whatever. It’s still super clear which is awesome! 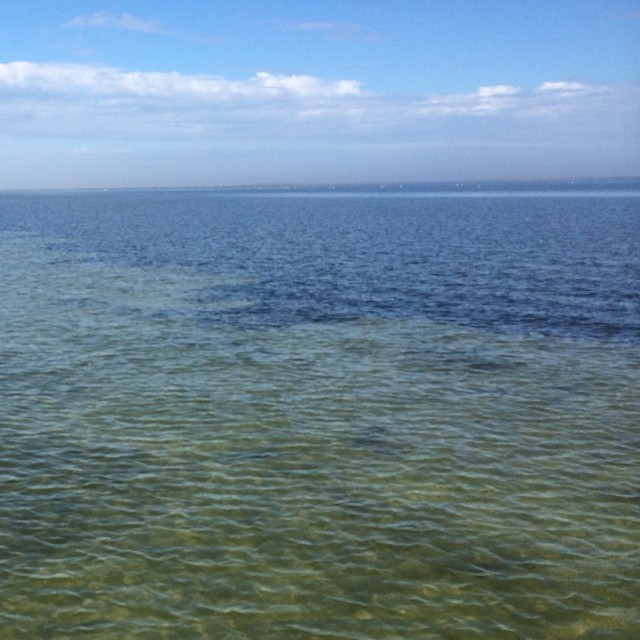 We poled a few flats and didn’t find any fish, then I ran over to a trusty winter-time trout spot I know about and I was able to get my girl tons of shots at huge gator trout. She managed to pull up the fish below on spin gear in the afternoon. The rest of the day was spent aimlessly chasing redfish but to no avail, none were to be found. We did bump up a huge school of redfish way in the back of the trout spot we were in, but I couldn’t pole fast enough in the 5″ of water we were in to get in front of them. Oh well, time to hit the gym I guess. 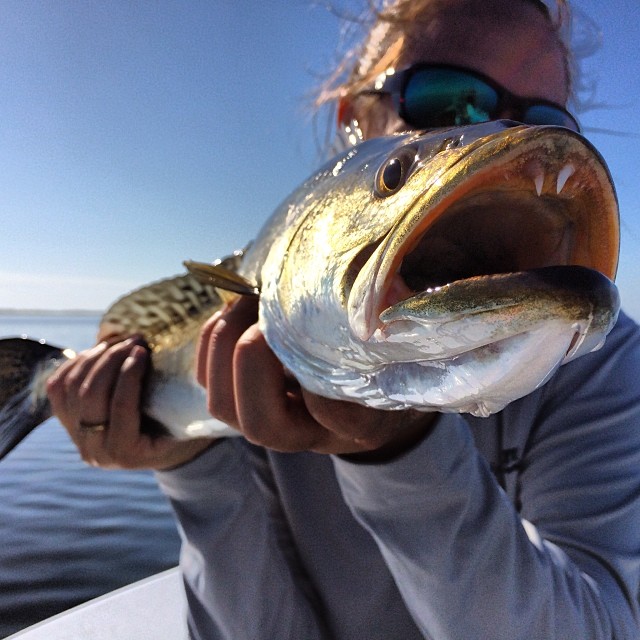 Hopefully 2014 shapes up and turns into an amazing year of fishing.