Personal Best Trout on the 7wt 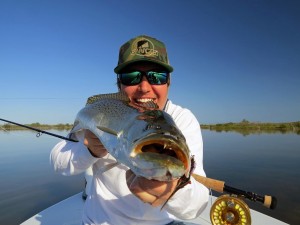 It finally happened. I caught my personal best trout on fly. Rather, I finally caught a trout on the flats bigger than 18″ on fly and not by mistake. I’ve posted this photo on some social media outlets and bragged to my buddies for the last week, but I don’t care. This fish will probably not be bested anytime soon- or ever.

The conditions were perfect. Everything was perfect. The stars lined up for this fish and it was the quintessential picture-perfect example of skinny water flats fishing awesomeness.

My buddy Chad was poling me around a flat and we were moving from shoreline to pothole to shoreline back and fourth all morning. We had one or two nice fish in front of us on the shoreline only to lose them to other spooky fish in the area scaring them off…super frustrating. Finally the moment came. I was getting tired of being on the bow surprisingly enough, and I was about to switch places with Chad so he could get some line time in. Not a second later after that though, he says “HUGE trout moving through the pothole right in front of you!”

I froze. I Stood there in the shock of that statement and looked out into the six inches of water in front of us trying to find whatever it was he was staring at. “I CAN’T SEE SHIT! WHERE!?” I exclaimed as any angler would do in this situation. The fish was cruising slowly across a huge thirty foot pothole like the king of his realm, dead in the center of it.

That’s where everything lined up, quite literally. The sun was in the perfect position- it was just past 10:30, the water was clear, the fish was hungry and cruising, it wasn’t spooked by my back-casts, and my garbage blind cast landed right in front of him. Strip, strip, “Leave it!”, strip- BOOM! If I could only explain to anyone reading this in words the video scene that’s playing in my head right now…

The thrashing back and fourth of a huge white and yellow mouth like a thirty inch largemouth bass trying to shake the hook for over five seconds is what I will always remember about this fight. It was a short fight which lasted all of five minutes partially due to the fact that my Wulff line was tangling a bit in the cold water while trying to reel the slack in, but will be one that I remember forever. 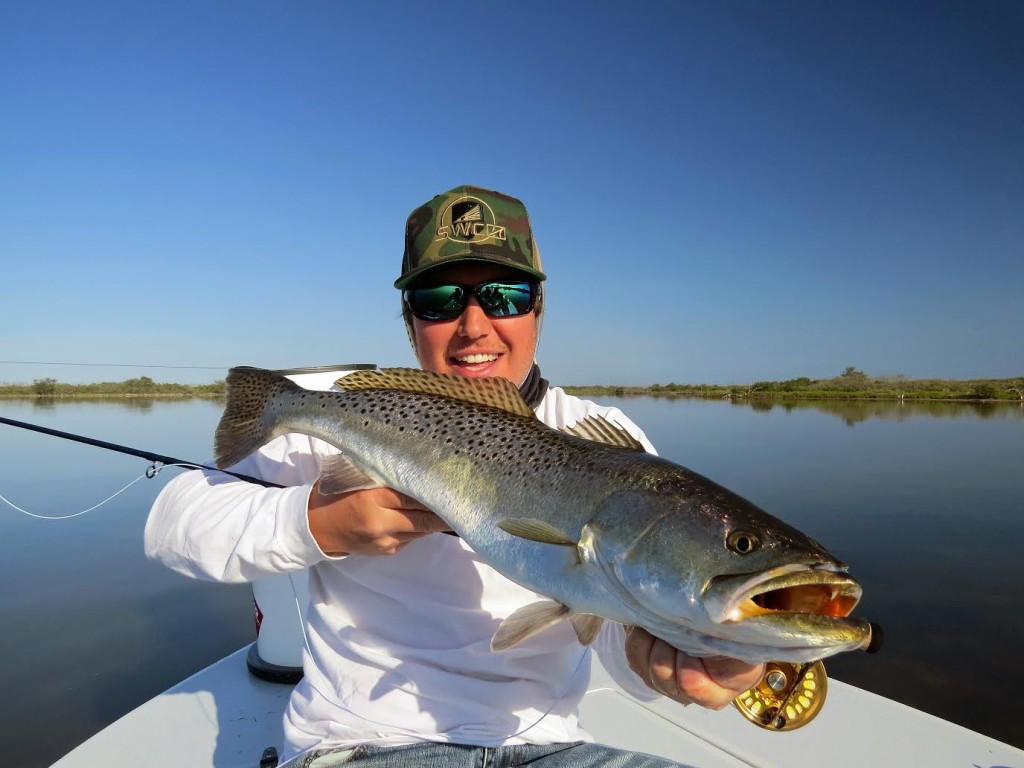