The Lagoons as of Late – Part III

The Mosquito and Indian River lagoon systems have been great this summer. It’s been blistering hot but the water somehow has stayed cool. The water level is also ‘historically’ low for late summer. Normally by this time in the year we would not have weed beds sticking out and large flats almost exposed with just inches of water. None the less our resident fish have been very active and it’s been an awesome day out on the water each time.

I took a friend of mine out to find some backcountry fish in Mosquito Lagoon last month and was hoping to find a few juvenile tarpon that push back into the winding creeks and pools where few people seldom fish. The low water level is keeping many of these fish out but some have made their way back. The redfish are crawling the large grass flats and almost 90% of the time it’s difficult to get a good presentation in front of them due to the thickness of the weeds.

We managed to find a few tarpon who were willing to tug on the leader for a bit; as well as a few redfish. Hopefully in the coming weeks we will have a ‘late’ bloom of juvenile tarpon to play with in Mosquito Lagoon’s backcountry. 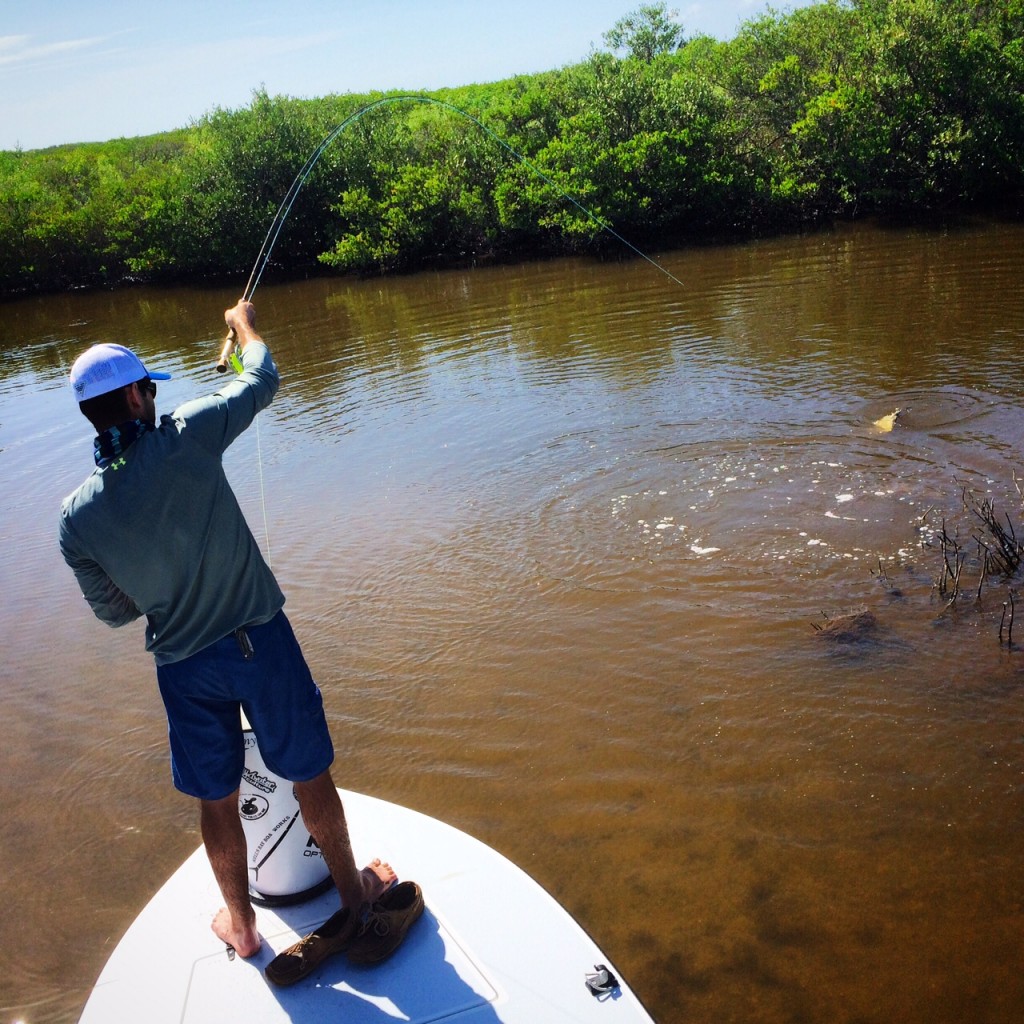 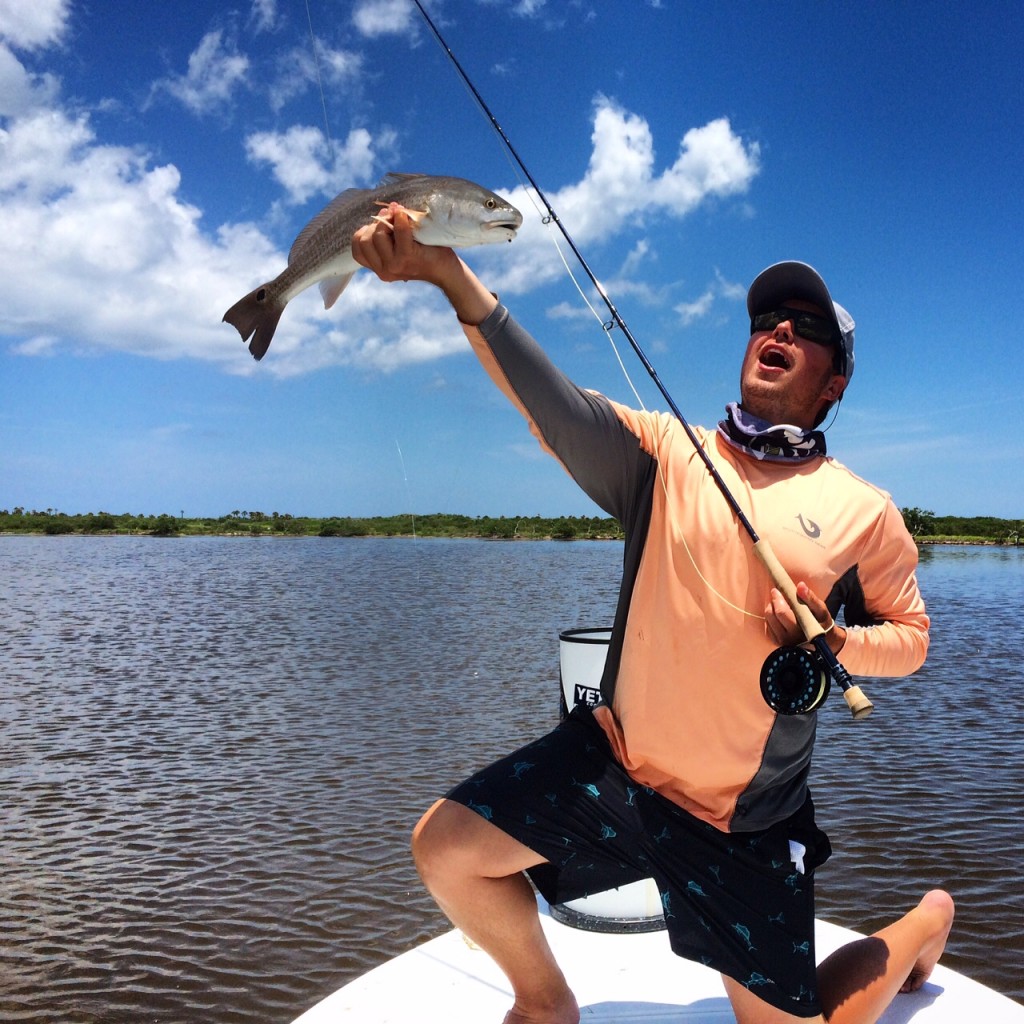 It’s always great seeing the local wildlife while out on the skiff as well. When you’re buzzing by at 30MPH it’s difficult to really take it all in. This small bright-green praying mantis was waiting to greet us on a muddy shoreline as we searched on foot for redfish in the backcountry. 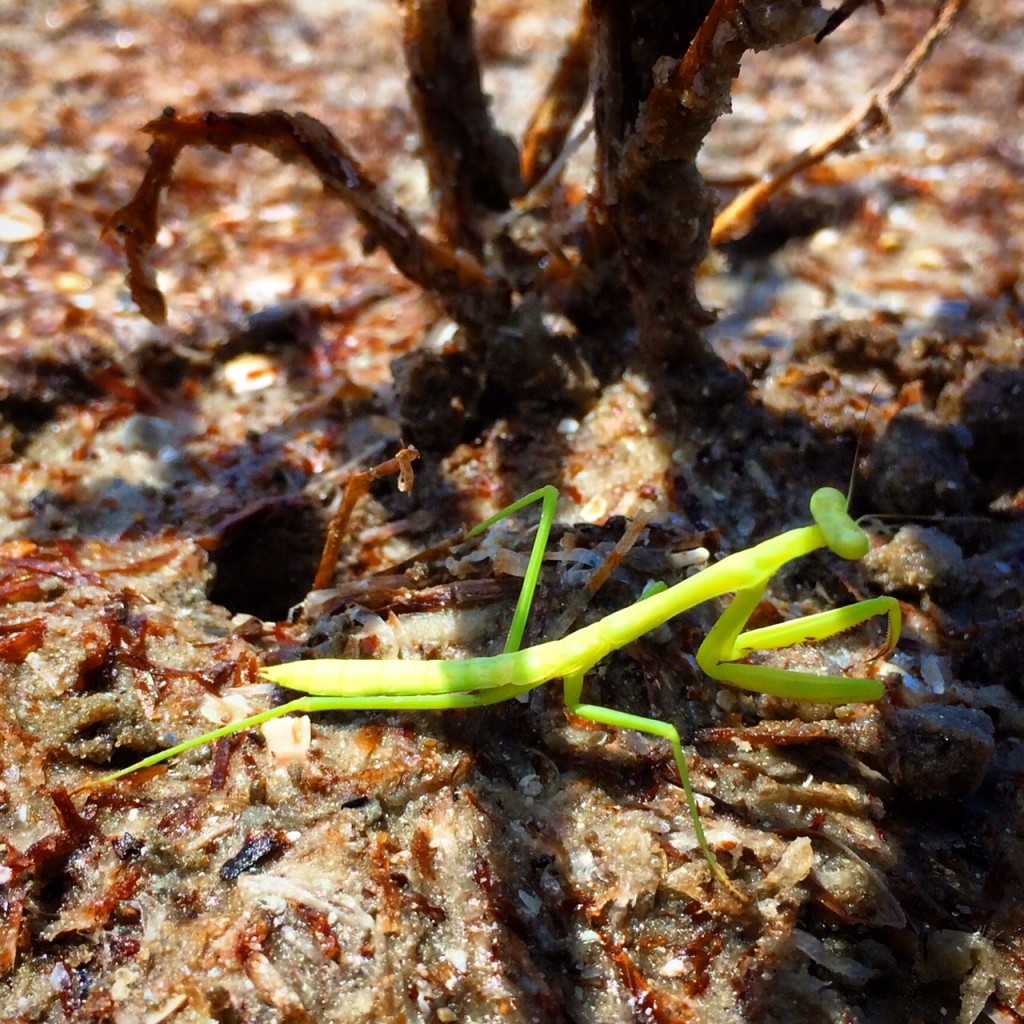 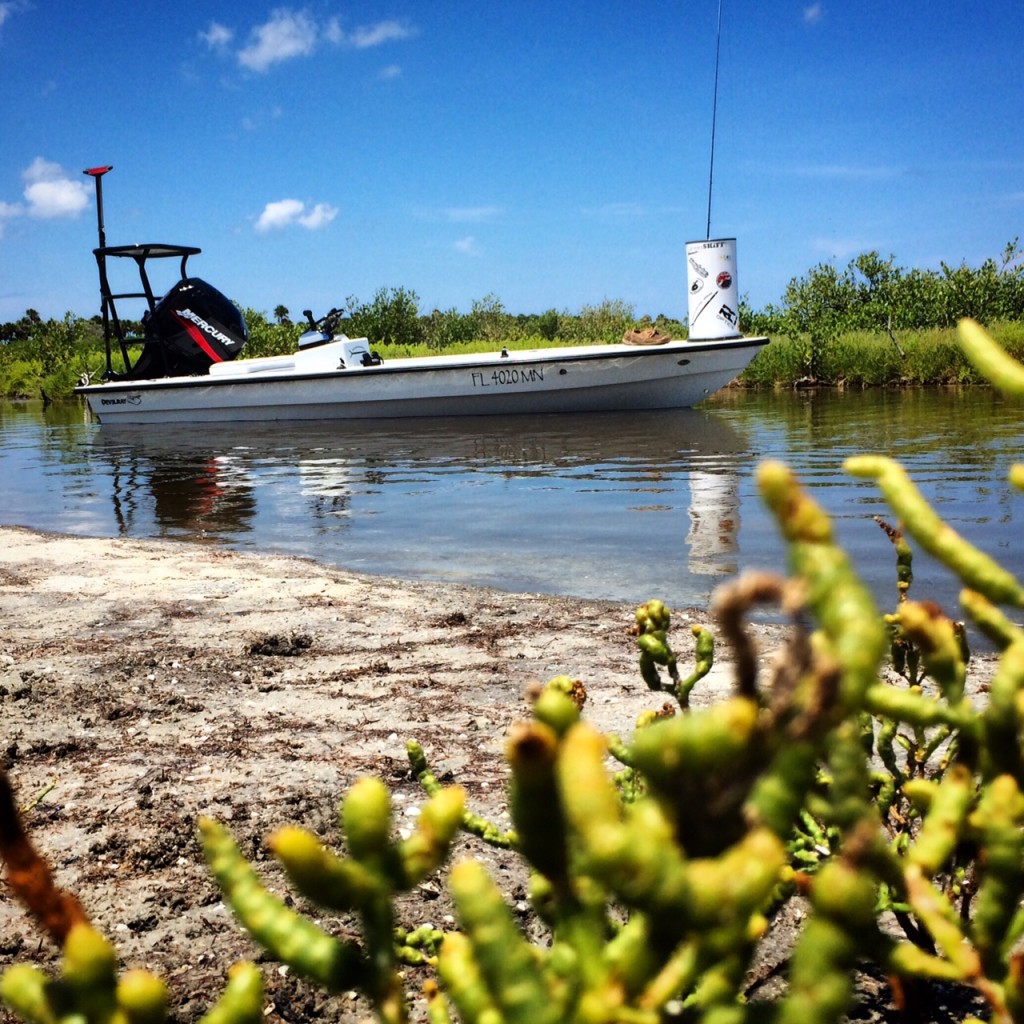 The Indian River is also ‘heating up’ late this summer with tons of redfish crawling in areas you would’t expect to find them. The fish are small right now with the larger ones pushed back into deeper flats, but the 18-20″ redfish are just as fun to fool with a fly! The Indian River has been making a huge come-back lately and I’m excited to see what this fishery brings in the next year or so. I’ve been seeing LOTS of really good signs that I don’t want to share right now, but rest assured the ecosystem will provide for catch and release anglers in abundance very soon! 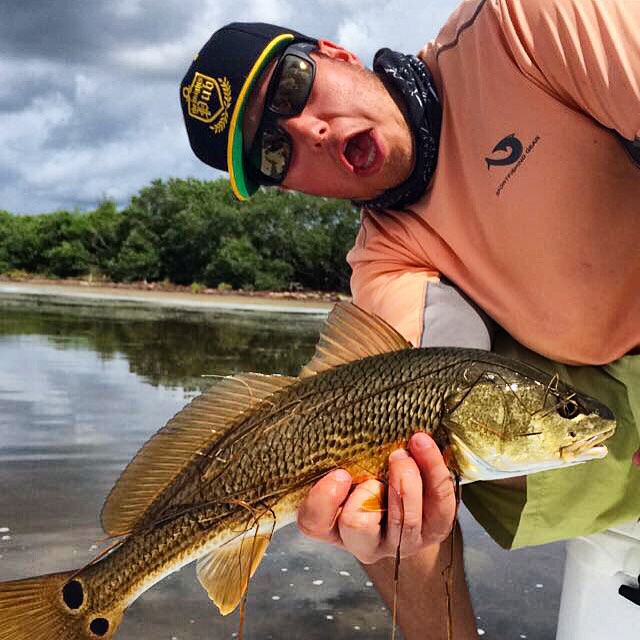