Glasser Boatworks is a local shop in Rockledge, Florida that has been restoring skiffs to their former glory for years. Jonathan Glasser, the owner, is so good at making skiffs look good that the term ‘the Glasser shine’ was coined to show just how good a hull looks when he’s done with it.

A new skiff has been put together by Glasser Boatworks over the years and has just undergone wet testing on the water. The first hull was strip-built meticulously during the 2 year build duration and just in the last few months was glassed, faired, painted, and faired again. To me this skiff has all the classic lines and features of your favorite old school skiffs from the famed ‘Whipray’ to the Dolphin Super Skiff.

Some modern features have been added to the design from what I can see in the initial photos; an offset tilted transom motor well is the most obvious one to note.

This boat will be a true poling skiff and I’m betting that the attention to detail will be stellar – given Glasser’s track record. According to Jonathan, if this skiff performs well during the initial testing this Fall/Winter it will go straight to the factory and have a mold made before 2016.

For now, enjoy these photos! 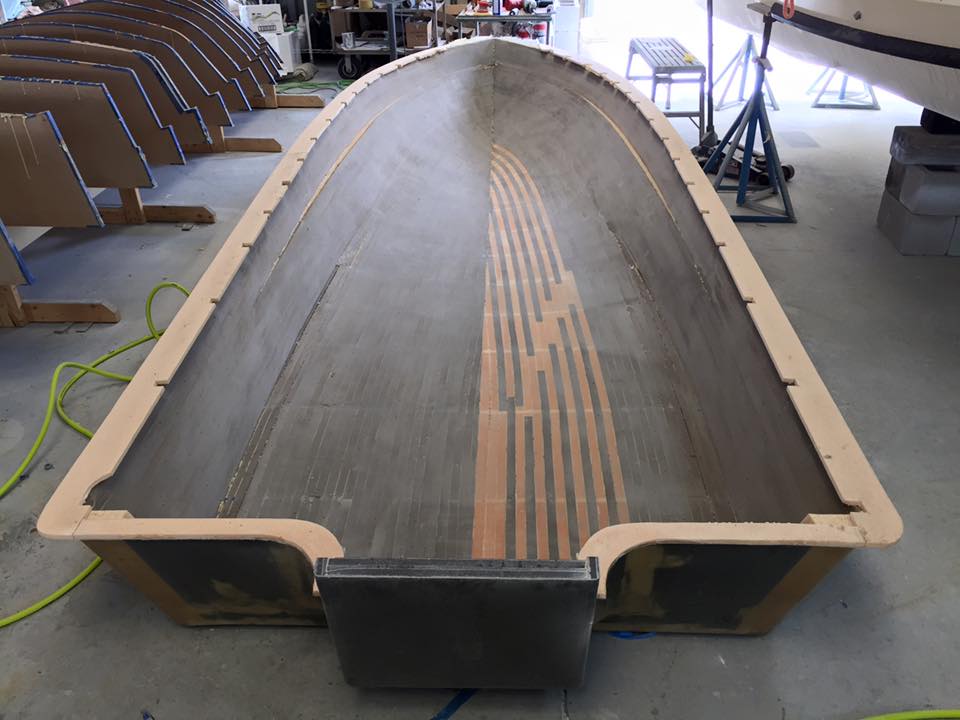 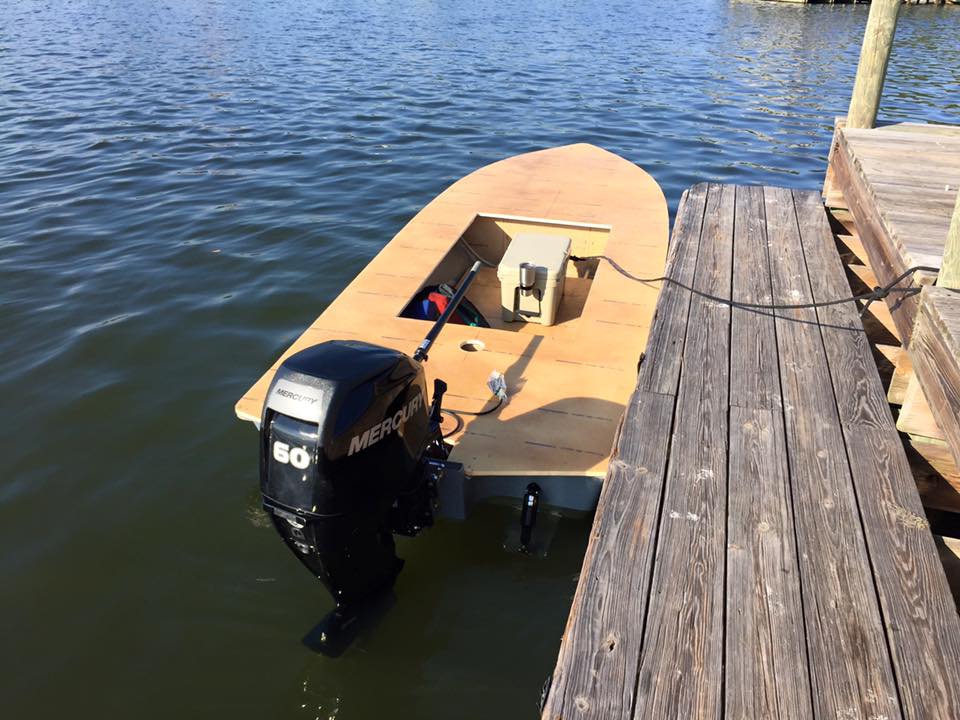 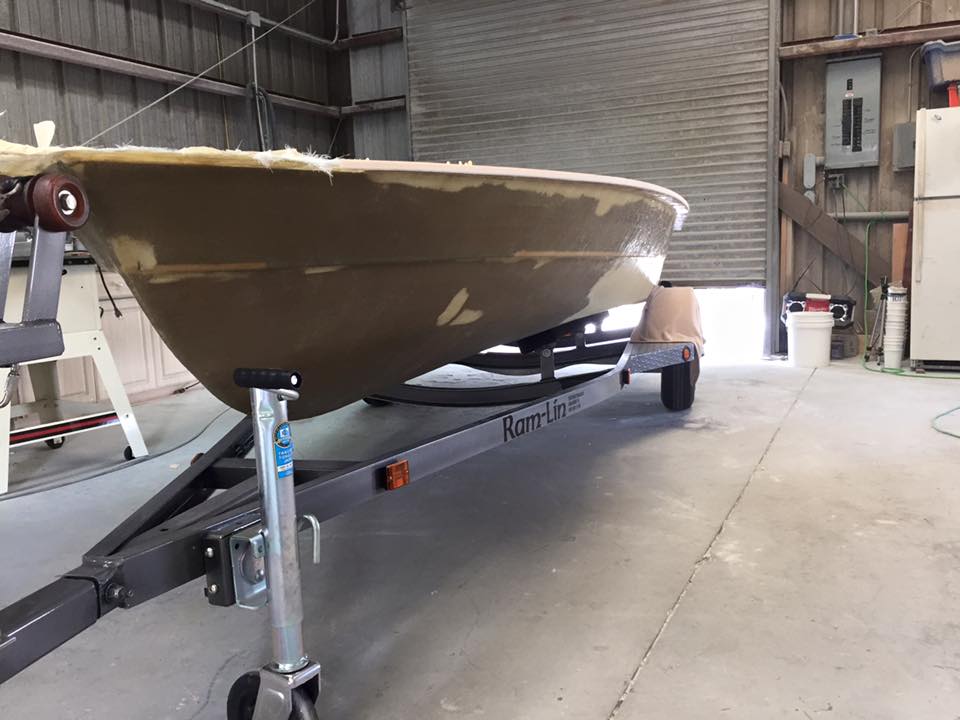 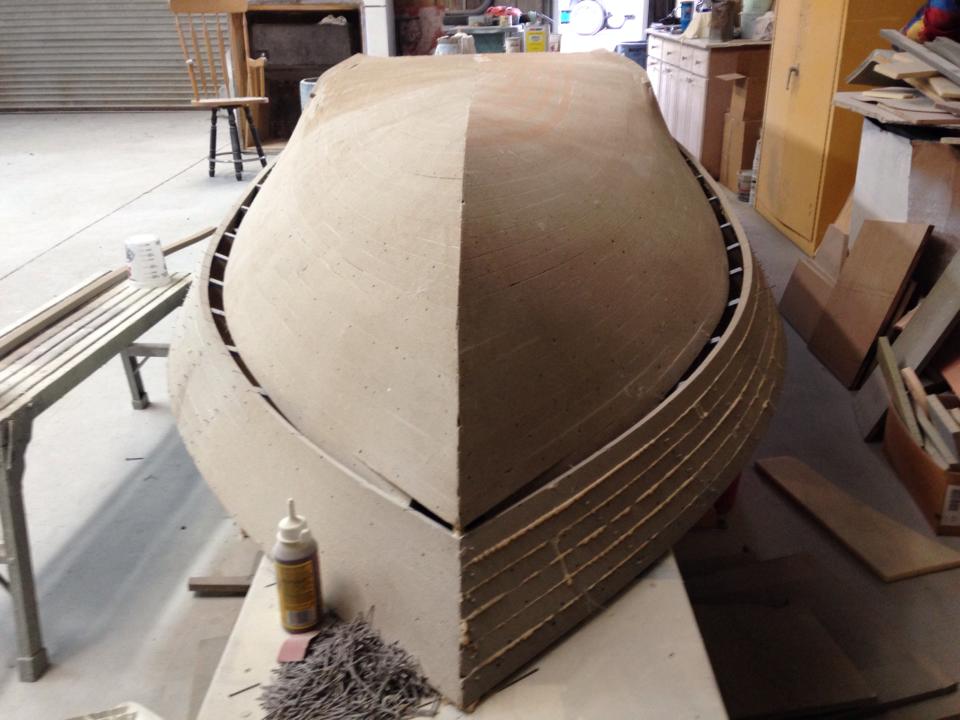 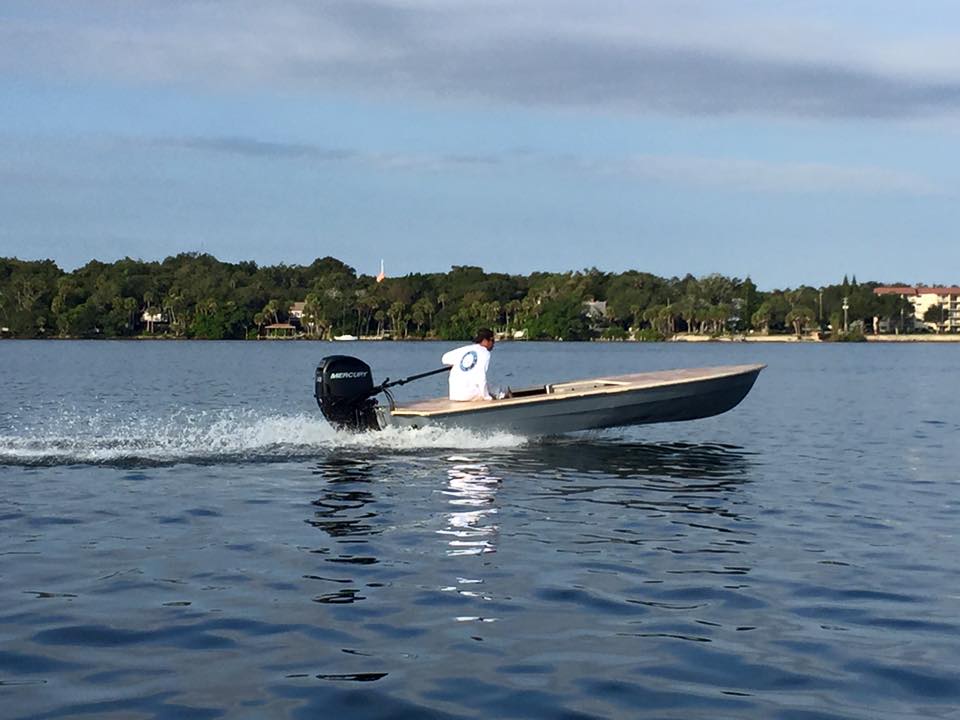 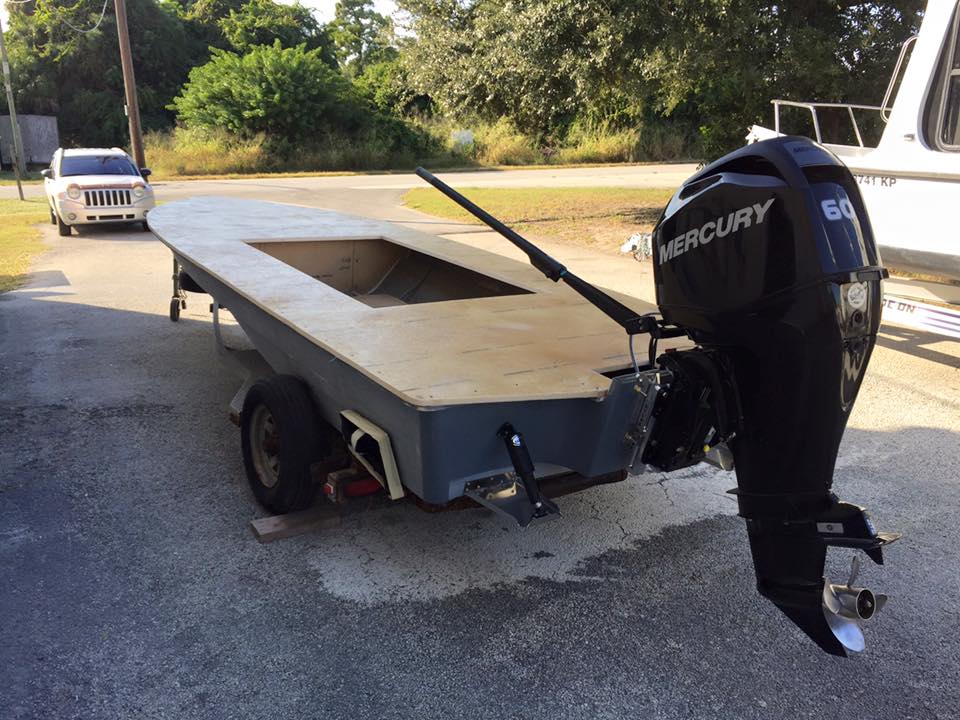 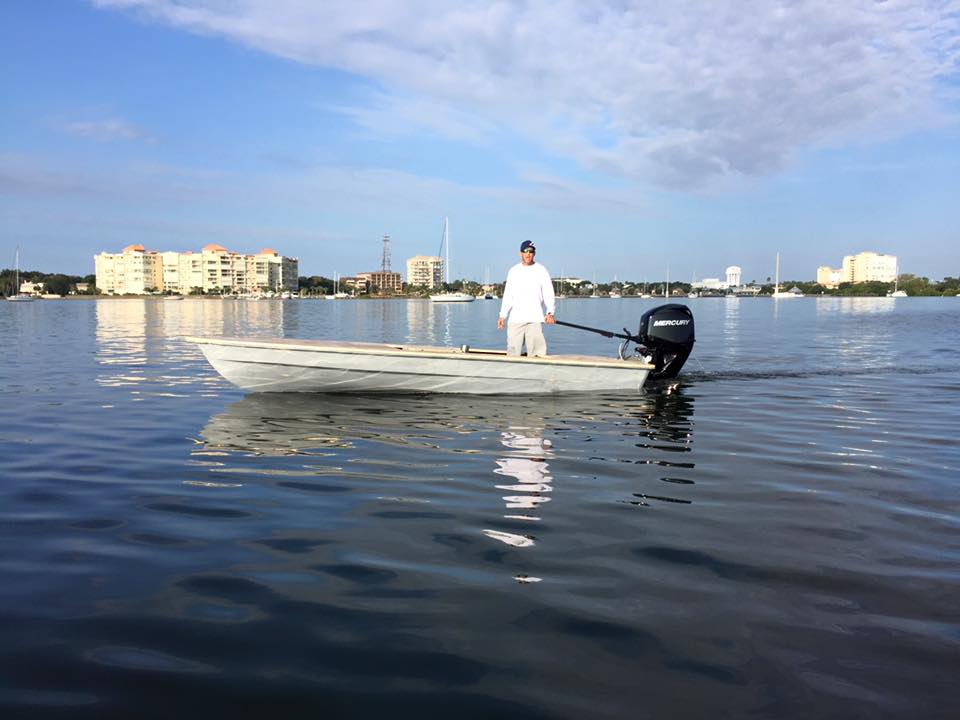