For the first time since SkinnySkiff was started in 2011 this website has built up enough of a following to be able to donate back to the angling community.

It was part of the vision I had for SkinnySkiff.com to not just be an outlet for cool videos, photos, and gear reviews – but a website that would write about conservation and also try to give back to the environment with something other than a few good stewardship tips every now and then.

I’m proud to announce that for the year 2015 SkinnySkiff.com was able to donate $100 from sticker sales and ad revenue to the Bonefish & Tarpon Trust. The Bonefish & Tarpon Trust (or BTT) is one of the foremost leaders in skinny water conservation ranging from not just the bonefish and tarpon in their name but to the environment around the fish as well. 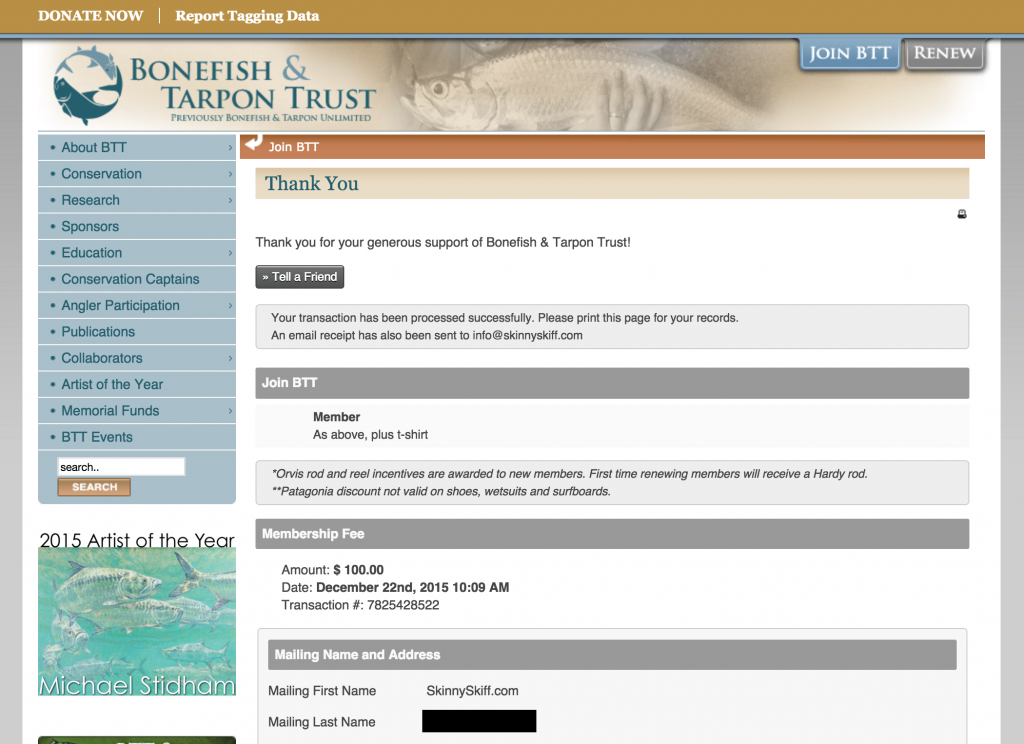 To learn more about the BTT check out their ‘about’ page.

Some highlights of what the BTT has done:

…and a bunch of other really neat stuff!

If you haven’t made any donations yet for the year and are looking to make a difference definitely check out the Bonefish & Tarpon Trust!

I also want to extend a ‘Thank You!’ to all of the SkinnySkiff.com readers who visit this website as this wouldn’t be possible without you guys. If you haven’t done so yet – head on over to the SkinnySkiff shop and pick up a sticker or two for the new year!