Can’t believe it’s been three weeks since I’ve been on the water, and almost six since I’ve had my own micro skiff to do it in. Allot of prop and jack plate testing was being done this weekend on the water due to the new micro skiff, and I was plagued with stupid issues like forgetting my fly box and falling off my trailer while loading the hull back on.

Launched out of Biolab in Mosquito Lagoon on Saturday in the new Ankona ShadowCast since I haven’t been down that way in a few months, that was a horrible choice. The water was almost stagnant it was so dirty. The North winds lately have pushed all the algae filled water and dead grass to the South end of the lagoon and little fish were there to be caught. Poled over maybe 2-3 redfish the whole evening and nothing more to be seen.

Sunday was much better! Launched out of Port St. John to fish some clear(er) water in the Indian River Lagoon and that proved to be a great decision. The first flat we visited was full of life and most importantly – gamefish. Poled after a few pods of waking reds at various times and saw plenty of HUGE bull redfish. There must have been over a dozen bull reds on a single flat that were tailing with their backs out of the water…at some points I had thought it was a shark or a dolphin that was feeding, a testament to their size.

No bulls were brought to the boat, but the nice little guy below decided to eat and put up the only real fight of the weekend. As a bonus, though, a nearby creek provided some fun juvenile tarpon action! A first for me in the Indian River Lagoon. 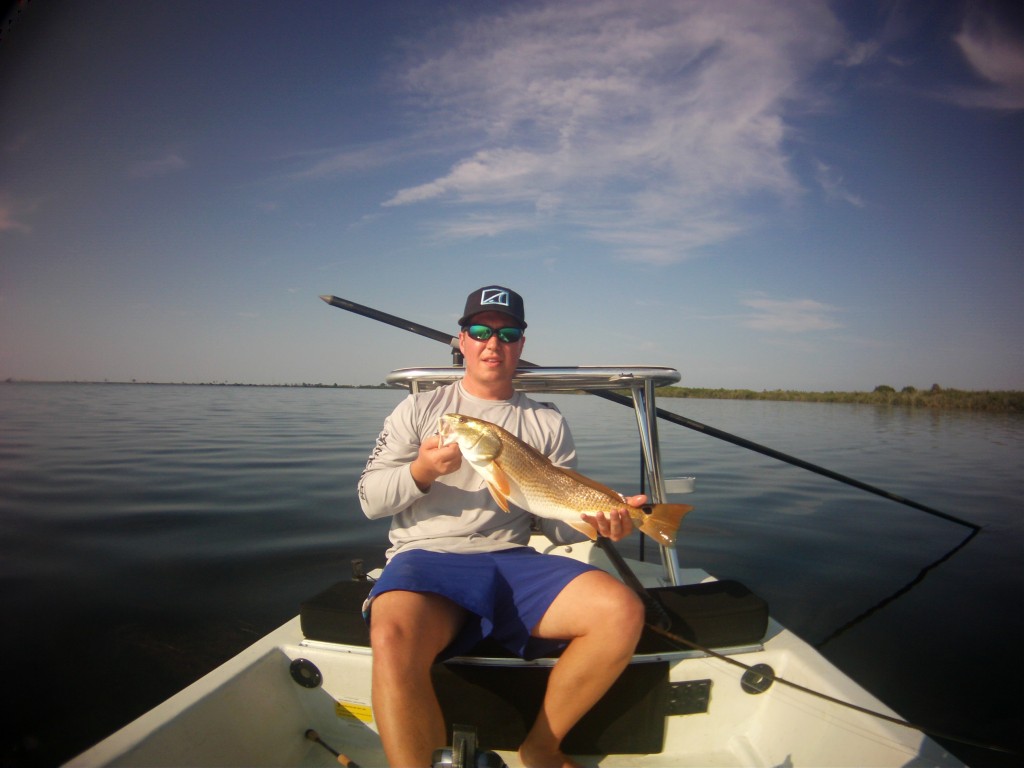