After testing this new skiff from Spear Boatworks this weekend. All I can say is “WOW!”.

Spear Boatworks is a boat building outfit setup by the legendary Harry Spear, a former guide in the Florida keys who has put past presidents of the United States on fish. He is personal friends with some of the biggest names in fly fishing and has made quite a few boat hull’s in his day. He moved out of the Florida Keys and started a shop up in the Florida panhandle around the small city of Panacea.

If you put Harry Spear’s knowledge in boat building and guiding together with modern materials, you will get an amazing skiff. They currently have two finished models, the Low Tide and the PRO-V ORCA which are 17’10” technical poling and 20′ big water hybrid poling skiffs in that order. Every skiff is hand-made and hand-faired for a smooth showroom finish that really shows.

Now, I’m not going to touch too much on the finish of this skiff since it is a prototype Harry made in a matter of weeks, but I will say that the ‘prototype’ finish of this skiff was better than the ‘delivery’ finish of some maker’s skiffs. You also might be wondering about the poling platform in these photos. it’s also a prototype fiberglass platform that weighs next to nothing. Customer skiffs will most likely have an aluminum platform unless they specifically want a ‘spaceship’ platform that’s pictured here. 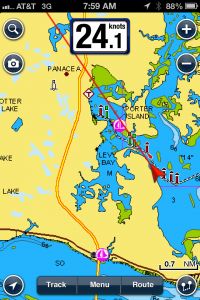 28MPH/24KTS with three people? Not too shabby at all.

It hasn’t been named yet, but when I tested it this weekend- it sure had performance. This new skiff is a 16′ super-technical poling skiff for those flats and backwaters that will be able to get you anywhere. I tested the prototype hull with an old Mercury 25HP 2-Stroke and it ran 28MPH with three people wide open. Don’t believe me? Check out the screenshot to the right. I would say this skiff can easily hit 32MPH with two anglers and gear once the production model is out.

The skiff was outfitted with two lenco 6×9 tabs and it responded to them with the snap of your fingers. Tabs down- the skiff put it’s bow down in a second, tabs up- the skiff raised the bow back up in less than another second. Are you running uneven? Putting one tab down evened out the skiff in another second. The skiff was so responsive I was in shock. The skiff turns on a dime, too. When we first went out, Harry’s son Luke was with me and he said “Watch this!”. He pulled a sharp circle around a channel marker and the skiff made the entire turn without digging in and in a circle of maybe 25′ in diameter. Turning capability for running marsh creeks or glades mangroves? CHECK!

The poling ability of the skiff was another amazing feature. Sometimes you will hear a boat manufacturer say “Our skiff turns on a dime while poling!” Well, this skiff actually does. With one hand you can give the skiff a push and it will turn any way you want. The ability to swing someone around on the bow to set them up with a perfect shot on a fish was great. You can pole the entire skiff, in any direction, with one hand. If you want to catch up to a school of fish, that’s no problem either. If you turn the burners on and start pushing the skiff like a mad-man it will go forward with ease and probably hit a few MPH on the pole.

The skiff is set to be splashed into a mold later this year, hopefully within a few months. Check back for more details in the coming months from us, or stick around on their website too. 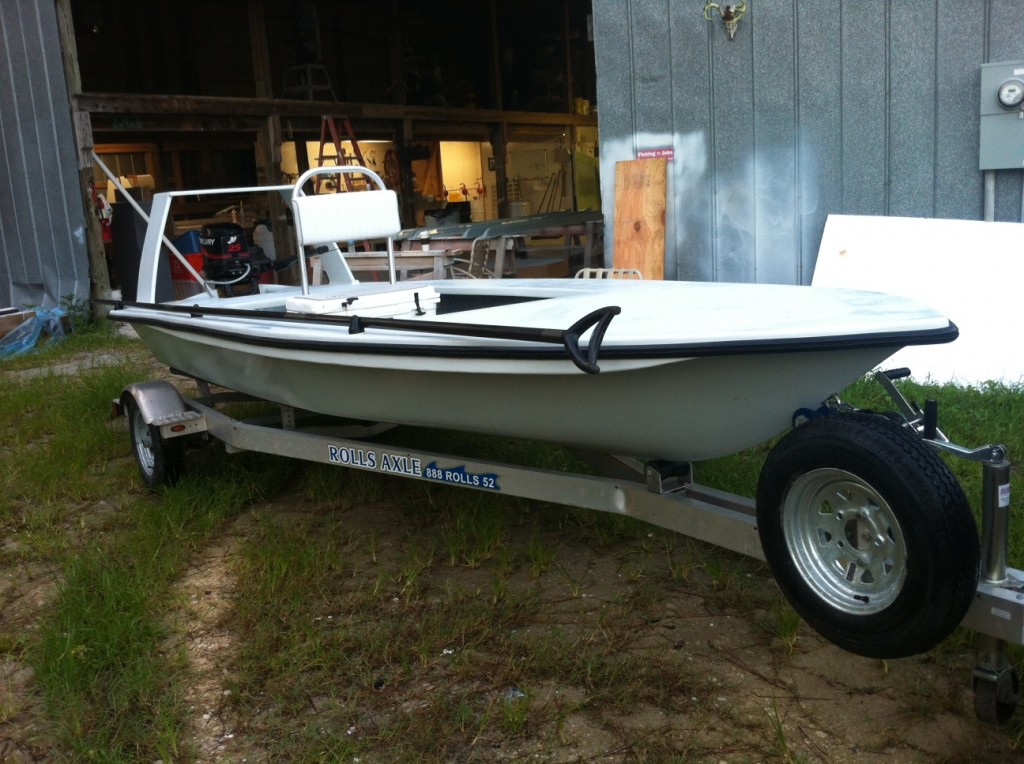 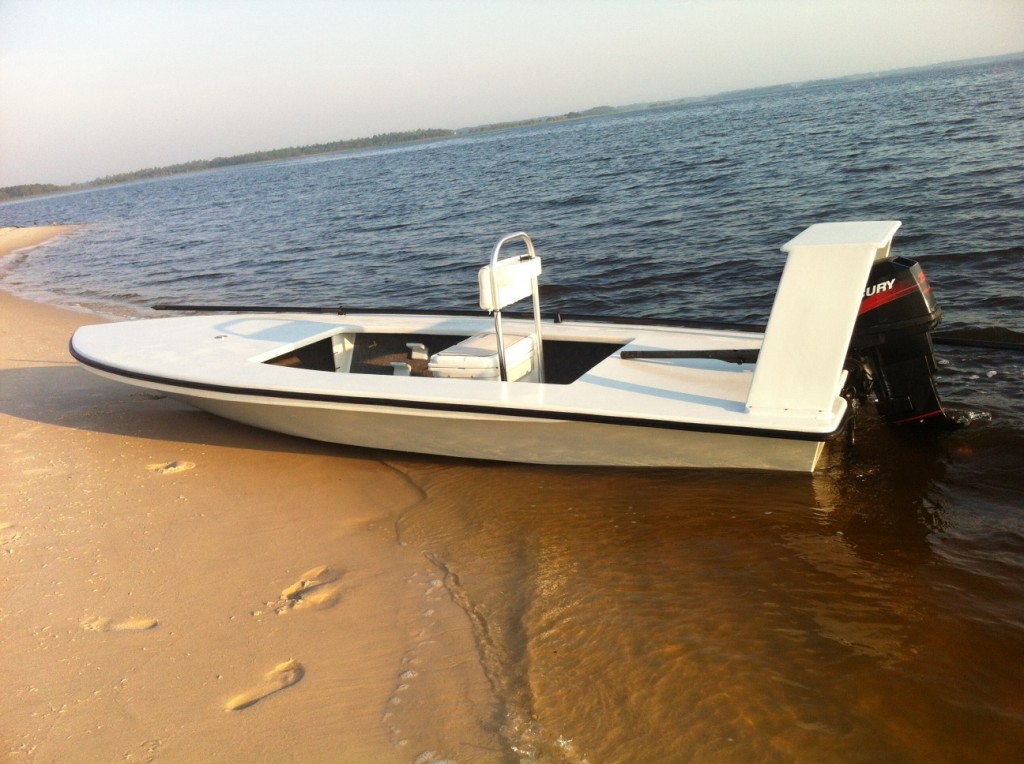 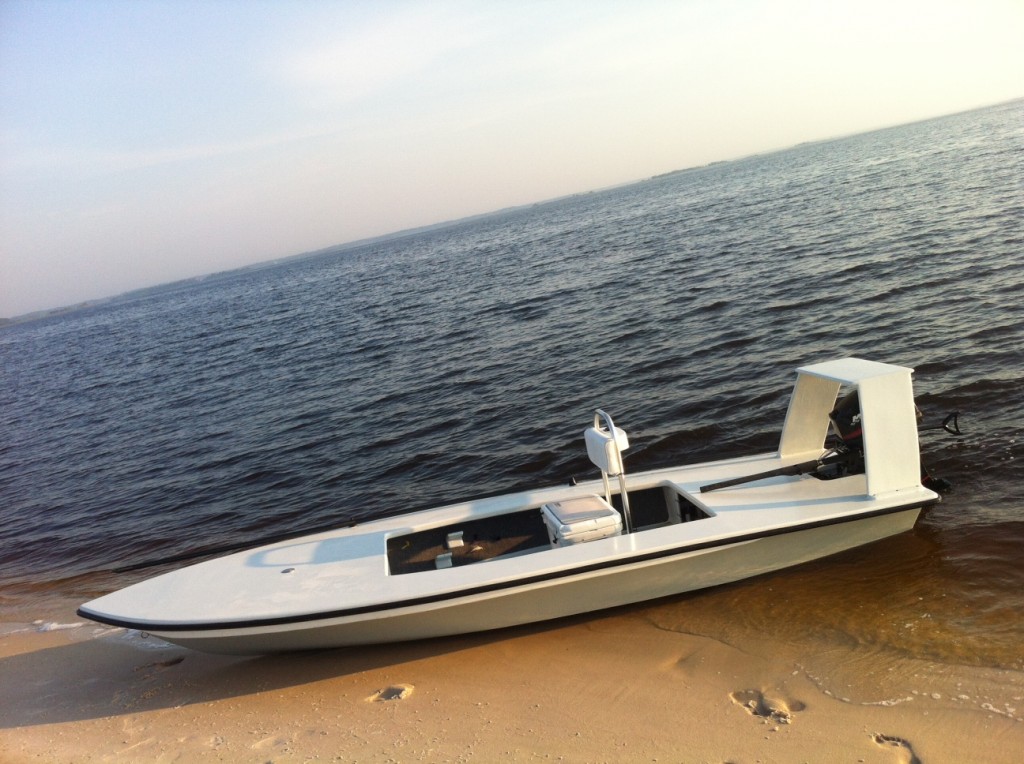 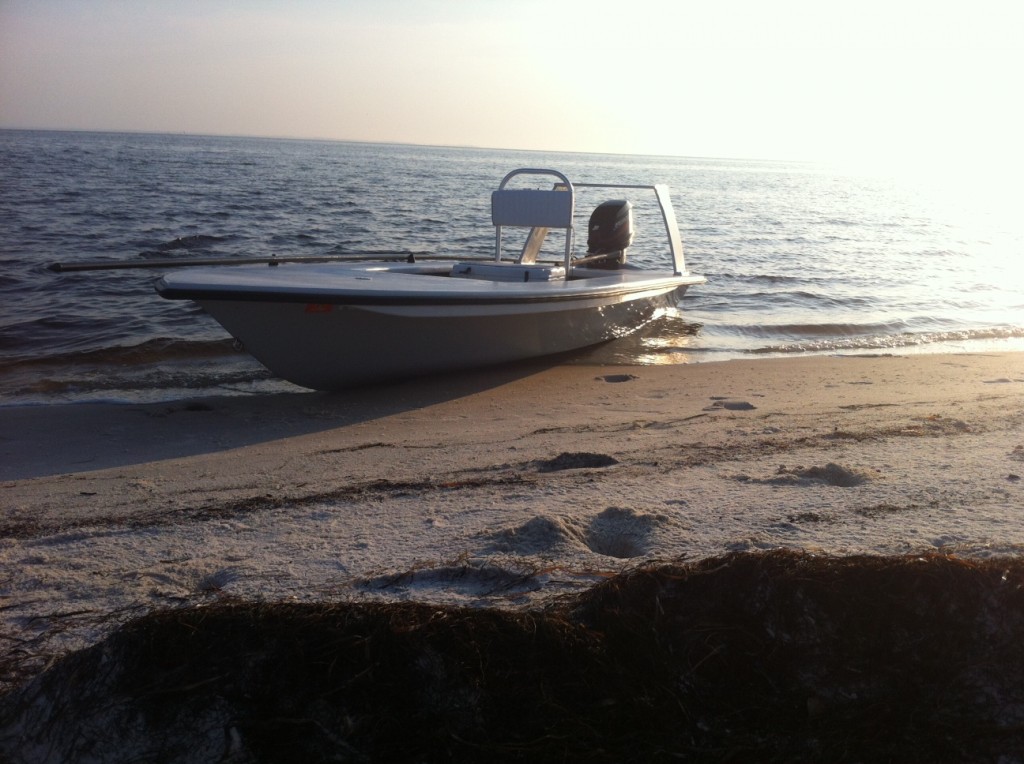