Just kidding. I don’t know if it was take your woman fishing day or not, I just made that up. You should always take your girl out to fish, duh!

I did however go fishing once again on a really productive spot in the Indian River this weekend that has been holding fish consistently. The water is finally rising each week in the lagoons. This summer has had historically low water levels almost like a winter time low. The usual summer spots have been dry or matted with grass which is unusual for this time of year.

I took my girl out and we poled around in the early morning searching for tarpon on the Indian River. We only found one juvenile rolling around but the dirty water made it hard to spot the fish, plus the sustained light breeze kicked up the water surface just enough to where you couldn’t see anything laid up below with the early morning sun’s glare.

We were on the water by 6 and off by 10. The summer heat is really burning early this year too and by 11-12:00 you can sweat by standing still. The fish love tailing and swimming with their backs out of the water on the open flats in the mornings, though. We found plenty of redfish pods willing to chase our artificials and I even spotted a laid up school of redfish at least a dozen fish wide. Naturally I smacked by line right into it. But oh well, I was ‘playing guide’ for the morning anyhow…

Check out the following photos for one HUNGRY redfish that dashed as fast as he could for a gulp shrimp which was casted almost 3-4 feet away. 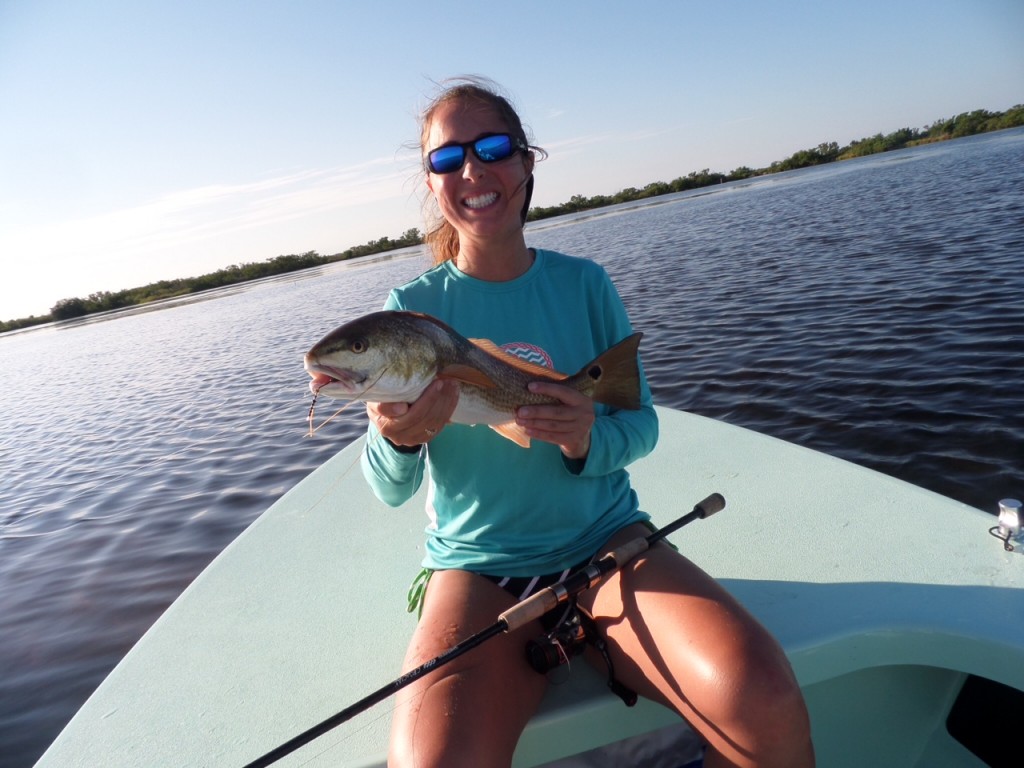