Sorry for not posting the last week or so, fishing news has been slow and I’ve been boatless. Two weeks ago I sold my previous skiff, and just received the new skiff last week. I spent the second half of last week rigging the boat and installing all the wiring and accessories, so it was nice to finally hit the water over the weekend. Little did I know the conditions were horrible. Saturday wasn’t so bad, but Sunday was just awful. 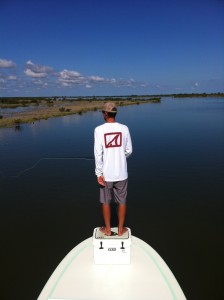 Glassed out conditions and the sun at 10:00? Perfect.

Saturday we fished the central area of the lagoon where I normally have the fish dialed in. Depending on the weather patterns and time of year, it’s pretty easy to find at least a few fish. The weather was perfect- no wind and plenty of sunlight. The ecosystem itself, however, was in bad shape. The water levels were higher than I have ever seen them! The water is so high in Mosquito Lagoon right now that the normally dry islands are flooded marshlands right now. All of the small baitfish are being pushed into these marshes with 2-3″ of water and full of sharp sticks, trees, bushes, grass, and scrub (You can see what I mean in the photo to the right, look to the left). Due to the high water, the dirty algae filled water is now way up into the back country where the water had recently been clear from filtering out during low water levels.

The water being this high is unheard of for Fall, it was supposed to be like this months ago during summer! Not now…but I digress; “rant over”. It was time to put up or shut up, and eventually my friend and I hit up a spot that had some fish cruising the dirty flats. It took a few botched attempts at some fish, but we finally found a small red that was hungry and willing to dance. By the way, this was my second outing with the new Redington Vapen Red rod and Delta reel. This is a sweet outfit for the flats, expect and article on these items soon!

Sunday was even worse than the day before. Not only was the water still unbearably high and dirty, but the conditions had deteriorated. As soon as the clock struck 9:00AM, the wind started howling and the sun still hadn’t shown its face. The overcast sky wouldn’t allow us to see a single fish all morning, and the wind was just miserable. A short lived trip out, but it was still good to be on the water! 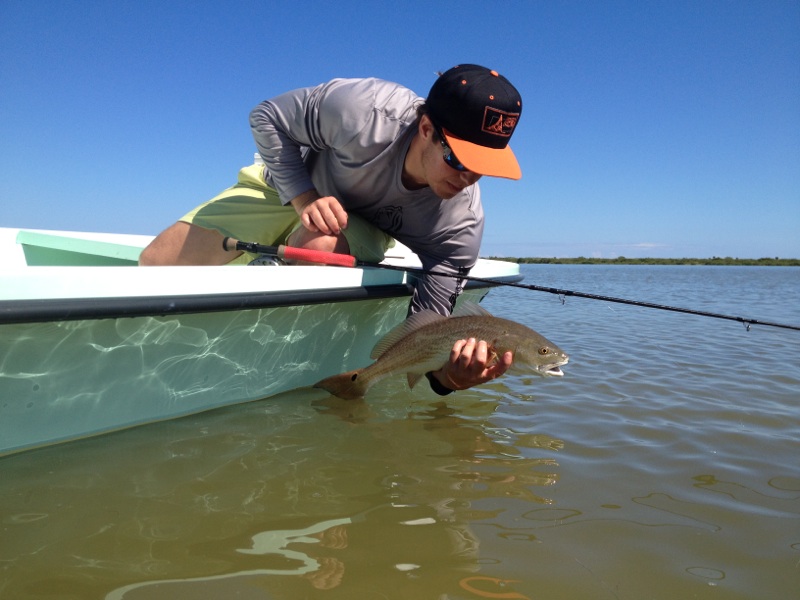