Finally got enough photos or an update on the skiff’s progress. The hull has been worked on slowly over the past week and we’re in the final week of crunch time. The transom ears which were spaced for a small Mercury 25HP 2-stroke have been cut down to allow for a larger outboard bracket to fit. In this case, a Mercury 40Hp 2-stroke which is only 80lbs heavier than the original motor (124lbs).

Lots of hole filling has been completed, and the skiff will be ready for sanding and gelcoat matching tomorrow. I had a buddy at Hell’s Bay look up the original HIN number for this boat and the invoice stated ‘birch white’ as the color. Gelcoat and Awl Grip don’t come in that color anymore, so it will have to be matched by hand with other colors like oyster white, plain white, and insignia white.

You’ll notice on the area of where the Lenco trim tab switch used to be, there was a piece of carbon fiber laid underneath the glass. This was an awesome decision by Jon Glasser at Glasser Boatworks to add some rigidity to the patch he laid down in that area. I will not be replacing the Lenco switch with a new one, instead I will be using two DPDT toggle switches and no brain box. The carbon fiber is also very thin, allowing the mounting of the new toggle switches that only have a 1/2″ threaded neck on them. I we replaced the old Lenco hole with a new piece of core foam, it would have been too thick for mounting.

The poling platform was also worked on, removing the spinning rod holders and sanding the welds down, as well as adding a horizontal tab for the LED stern light to be mounted.

See the photos of the boat’s progress below… 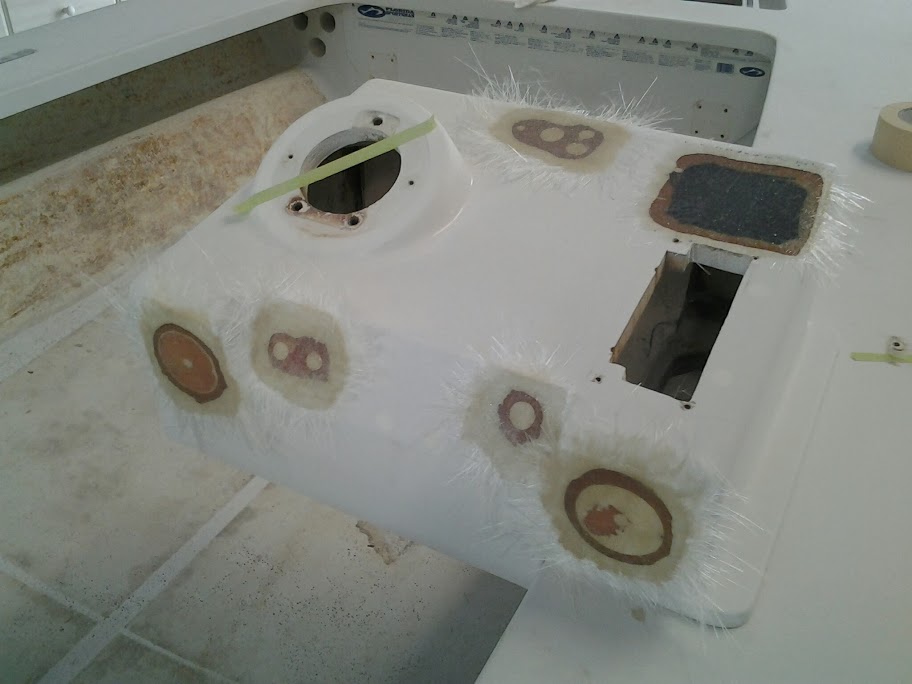 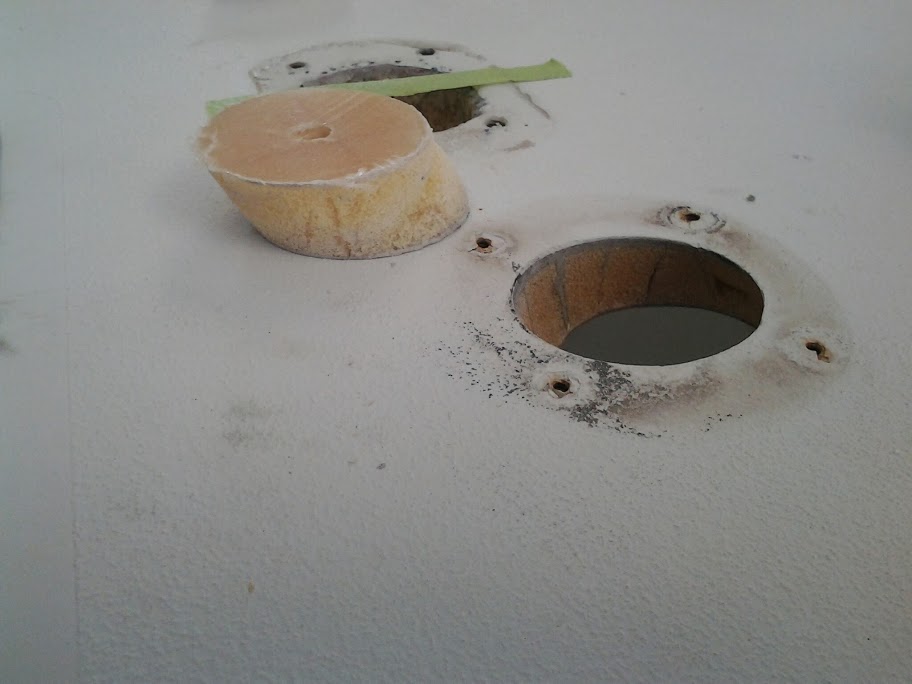 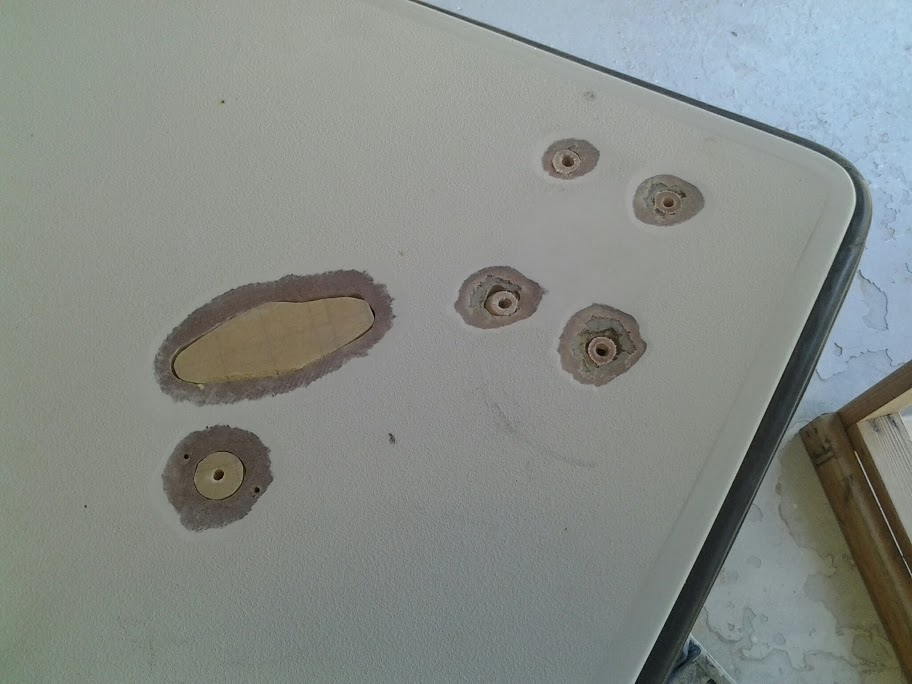 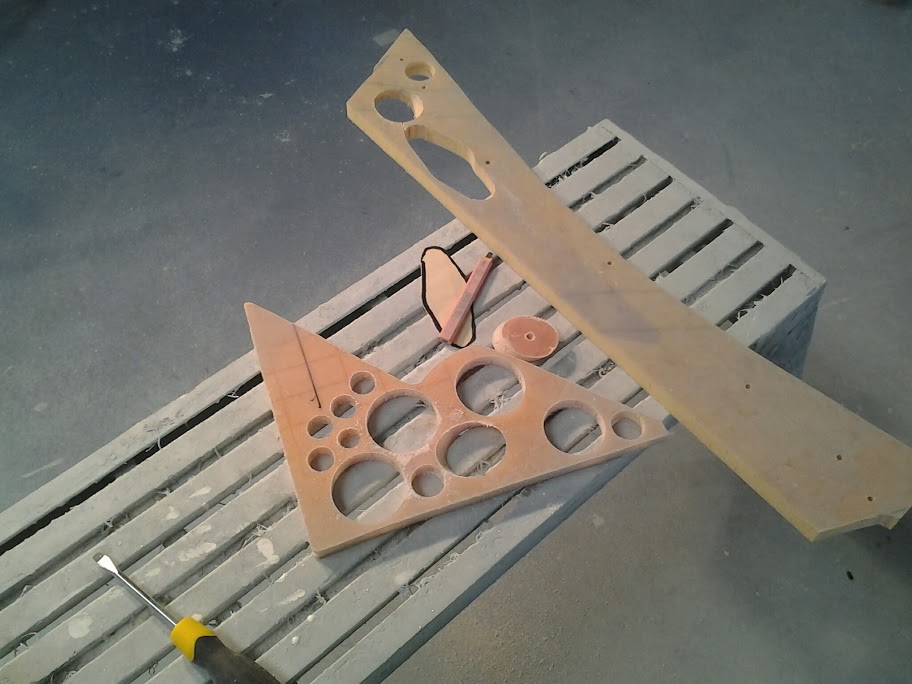 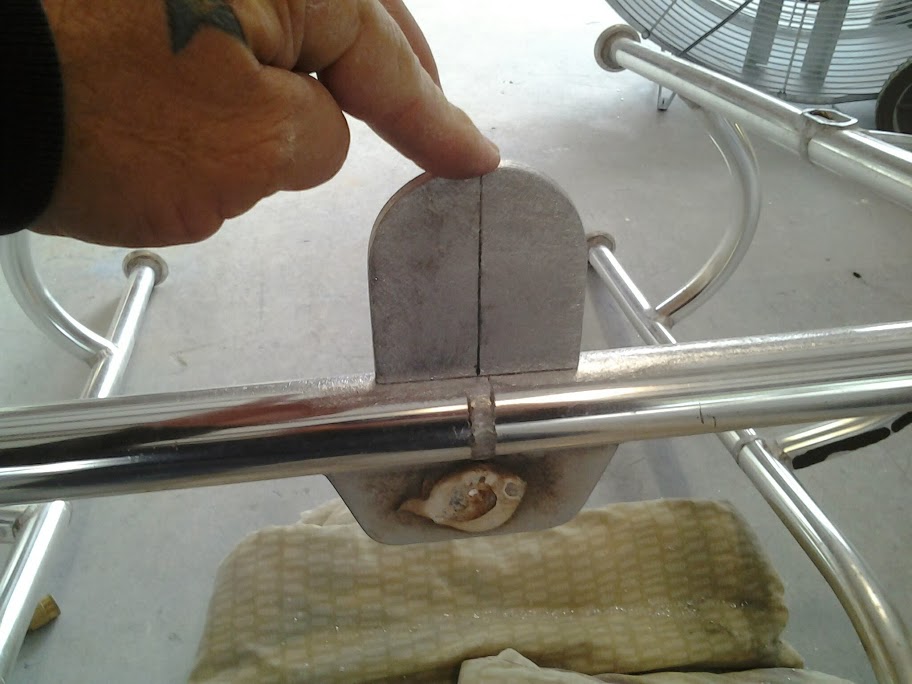 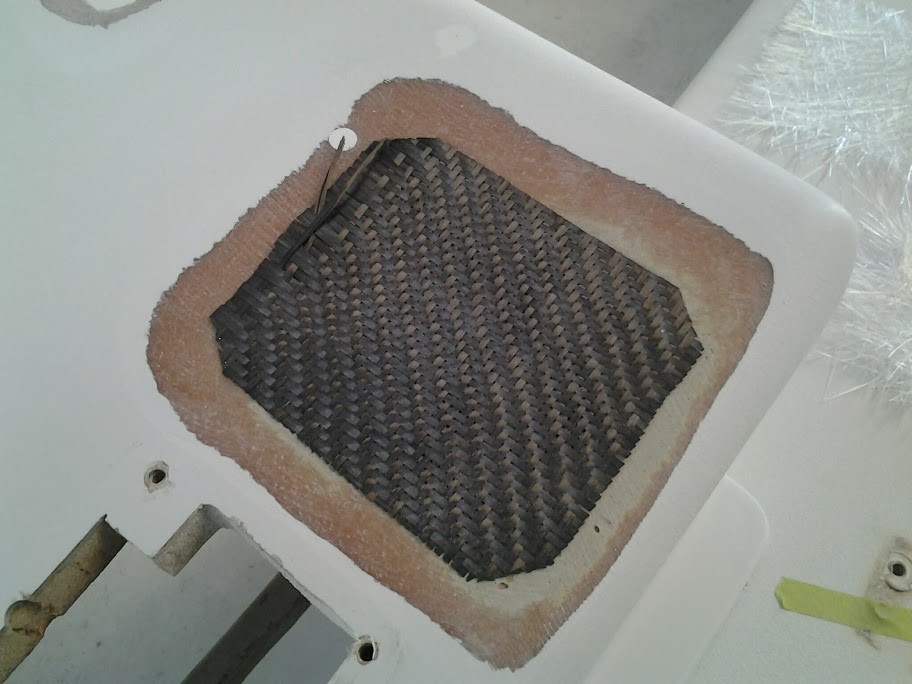 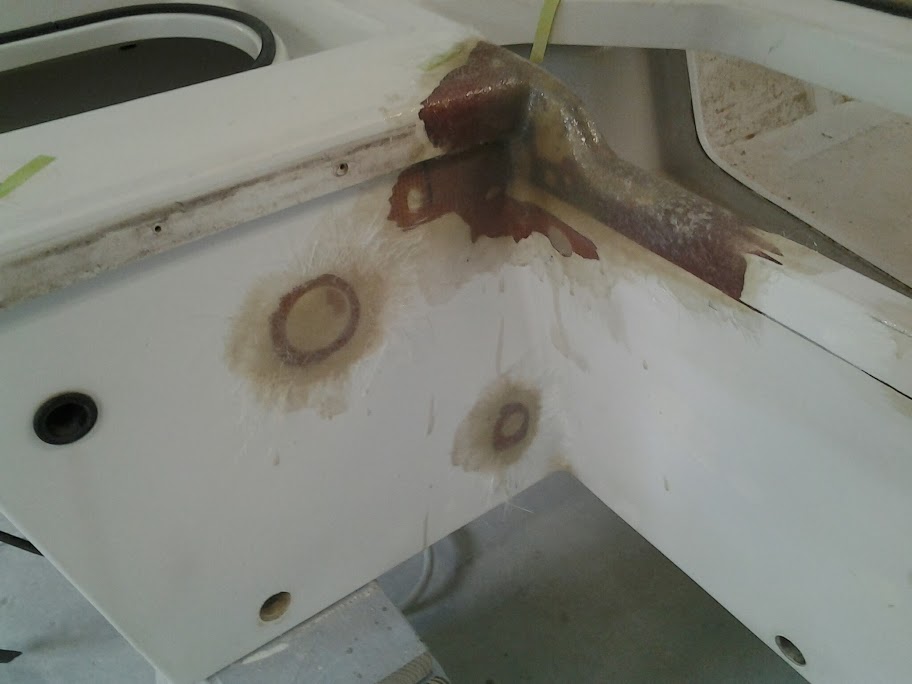