I have always said there are two types of anglers chasing reds on the fly: Those who think they love it, and me. But, lately the skiff hasn’t hit the water quite as often and the rods are spending much more time in the tubes. This isn’t because I don’t want to feed feathers and fur to a red, I just want to do it the way I want to do it; and the way I want to do it isn’t happening right now and hasn’t for several months. All that will change very soon… Anyone from the Lowcountry reading this already knows exactly what I am getting at; tailing reds. From NC to N. Florida, reds will hop up on the sparse spartina grass flats during the big spring (flood) tides in search of a meal. Mostly, crabs are on the menu (blue, sand, mud) but anything edible is fair game. Now, there are tailing reds and there are TAILING REDS. Everywhere they live reds will flash a little tail up when they are feeding on the bottom, but a red nosing down on a firm bottomed flood tide flat searching for critters will wave that blue fringed fan above the water like a southerner’s hand above the dashboard on the way home from church on Sunday. 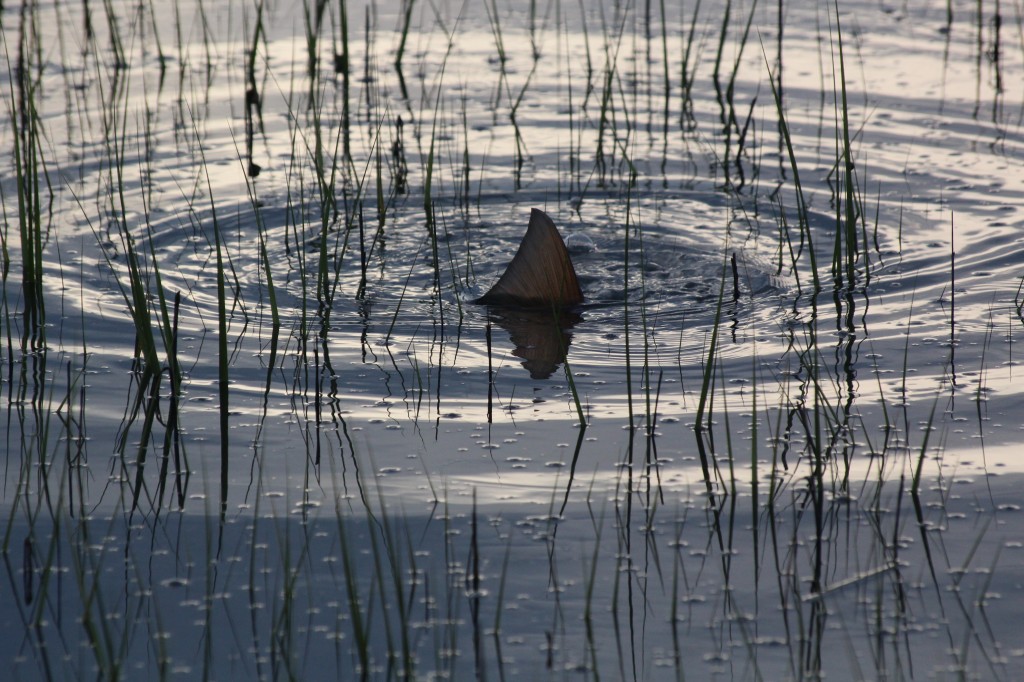 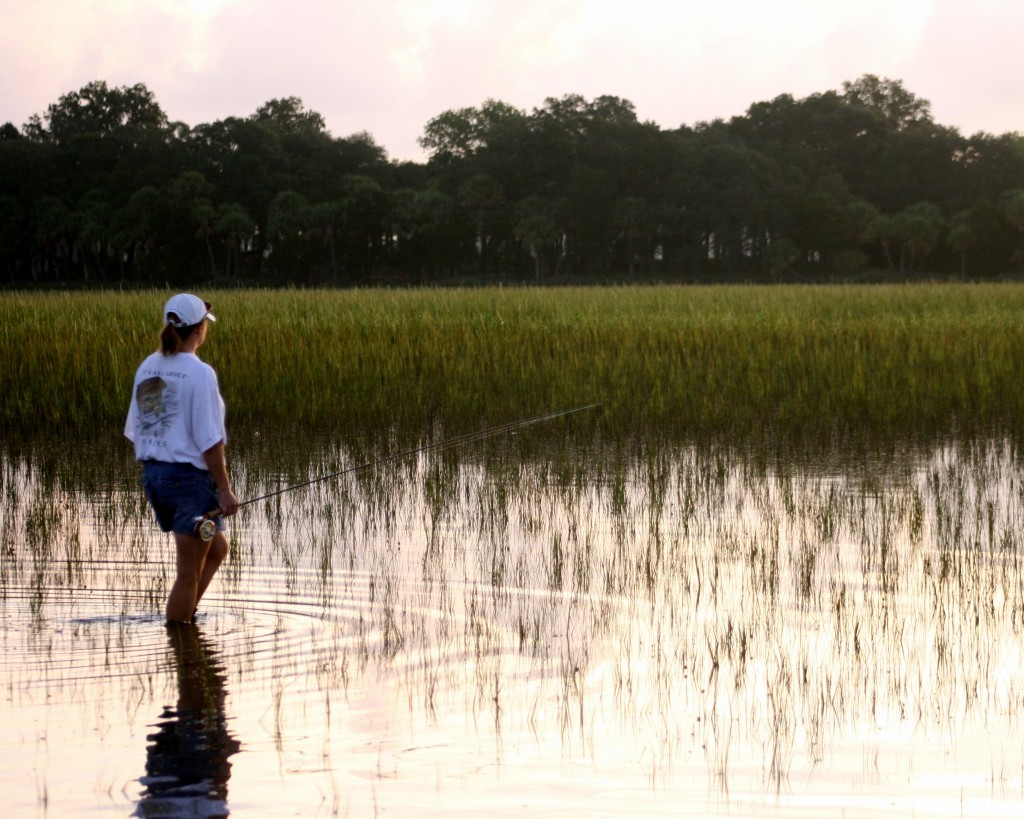 The problem with crabs are they, much like the folks from around these parts, just don’t come out to play when it’s cold. And reds aren’t up there all exposed for poohs and giggles, they’re up there for the buffet; no crabs = no reds. So when the temp drops towards the end of fall tailing time is over. Now reds don’t disappear in the winter, far from it. The water clears with the dropping temperature and schools of reds, sometimes 100 or more, are easily found. The first few weeks of this are exciting enough and something to look froward too, but a red on the winter low, or mid, isn’t the same as a red on the flood, even if its the same red. 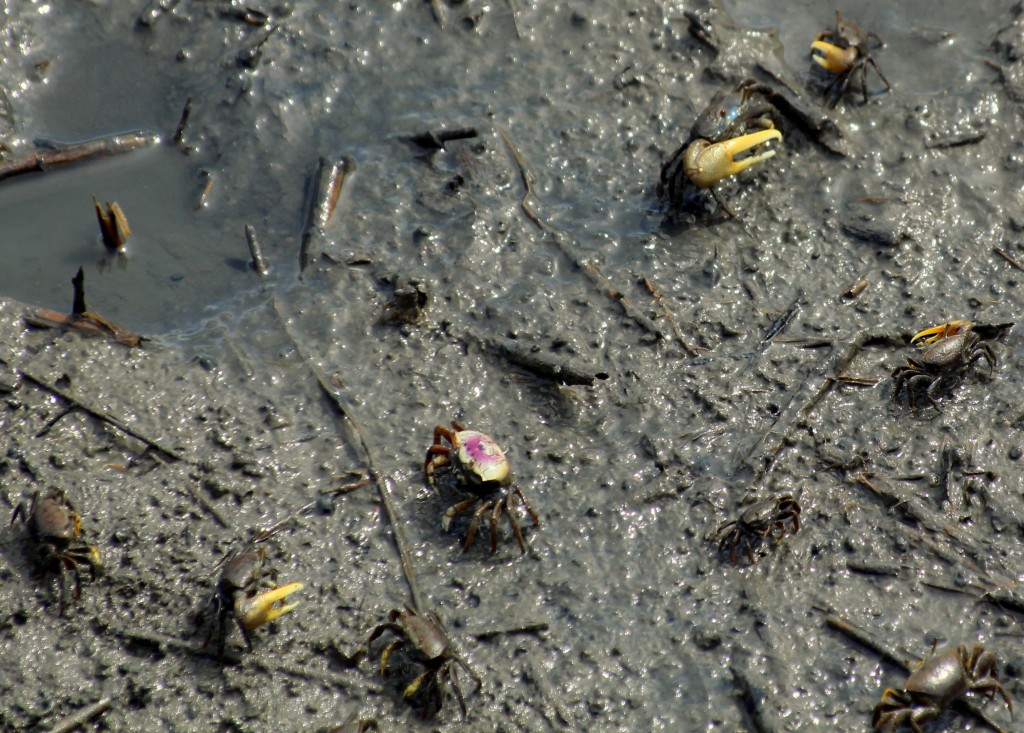 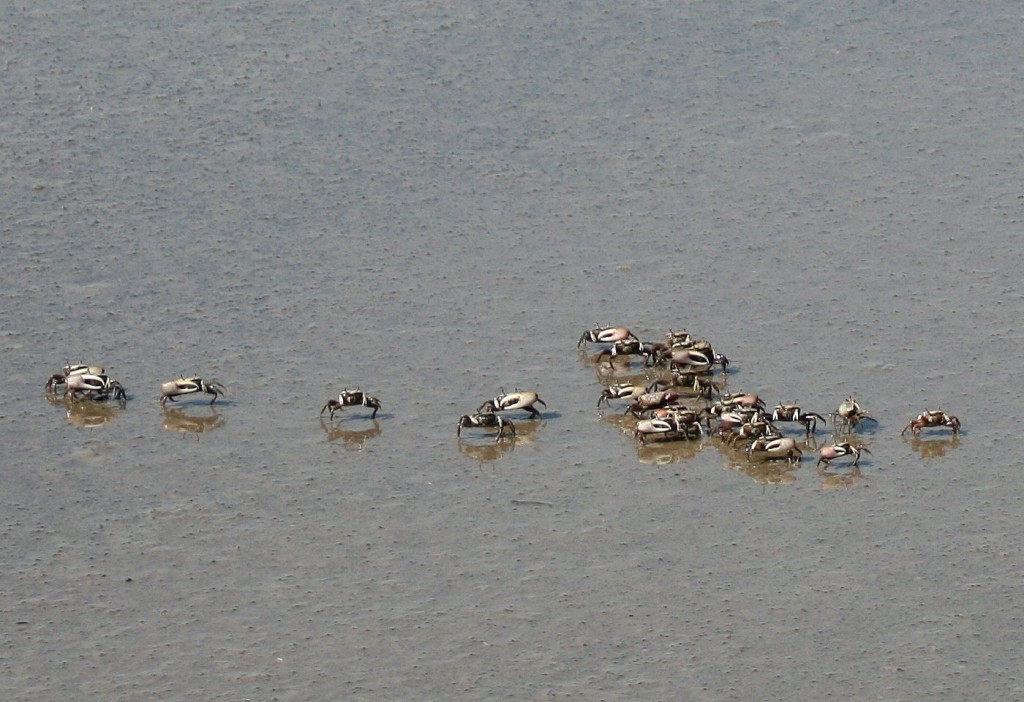 Perhaps a little more explanation is needed… Hooked in open water reds are bulldogs who don’t come to hand easy. They will stand their ground, run under the boat, or try to break you off on any nearby oyster bed. Their strength combined with a willingness to eat something artificial make reds one of the top targets for fly anglers, but the behavior of a hooked red on a flooded flat is amped up several more notches than what most of the uninitiated could ever imagine. A red on the low doesn’t know where to go, he just knows he doesn’t want to go inside the boat, but a red way up on a flooded flat knows exactly where it want to go, and that’s the hell out of Dodge and back to deeper water. Think a 25” red can’t show you what your backing looks like and bruise and few knuckles against a real handle in the process? Think again. 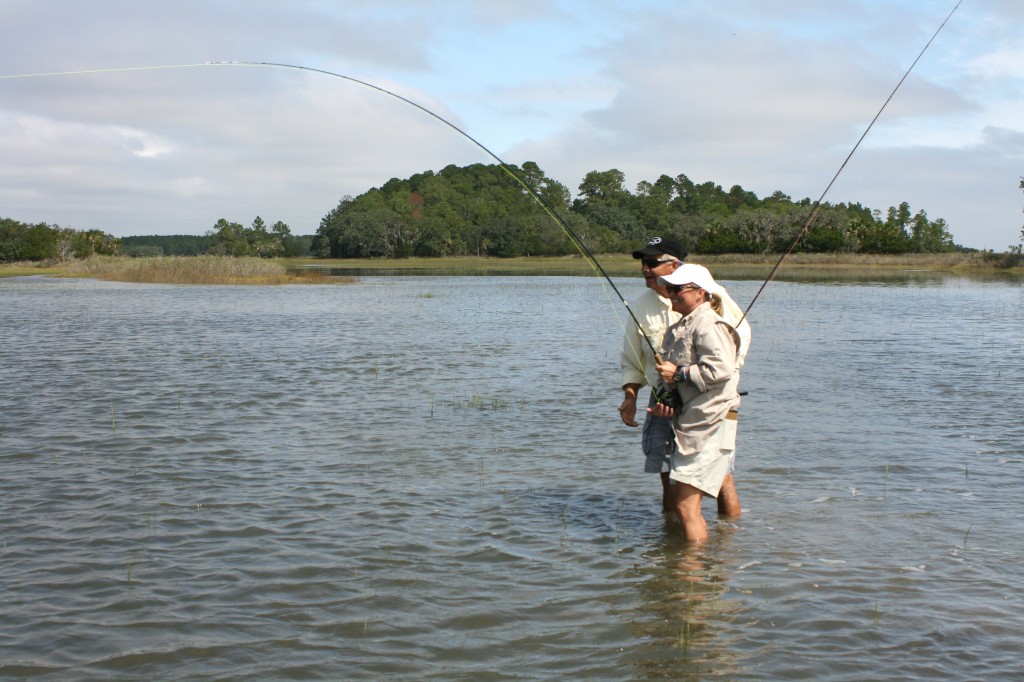 As great as the fight is on the flood that’s not the reason why it is so addictive, it’s merely a bonus. Millennia of evolution has made humans the apex predator on earth. Our eyes are in front looking forward, and our ears hear in stereo. We may not have fangs or claws, but we have the ability to create weapons and tools that are much more effective. The great strives in evolution are mostly wasted on the mundane nowadays; eyes look forward to computer screens, besides music, the ears rarely pick up much more than what amounts to noise. The flood tide offers anglers a chance to connect to much more than a fish, it offers them the ability to connect to something deeply buried within. A chance to walk with our hunter/gatherer ancestors, to devolve to a certain point. When searching for that waving tail on the flat we are not merely casting a line out baited with hope as much as anything else, we are casting a line out to a single target. We are stalking prey one-on-one, stealthily, relying on instinct as much as knowledge. When a tailing red that I am focused on, the exact one I am after at that moment, is fooled by something only mimicking life I am one with everyone one and everything that has come before me. For that brief moment in time I know I am more than I could ever hope to be, and am still deeply humbled by the experience. So, today I don’t want to go fishing. Not because I don’t love fishing, but because today the fishing available simply won’t do any longer. It’s a lot like hot-dogs for me; I used to like Oscar Mayer wieners, but than I had a Nathan’s famous. 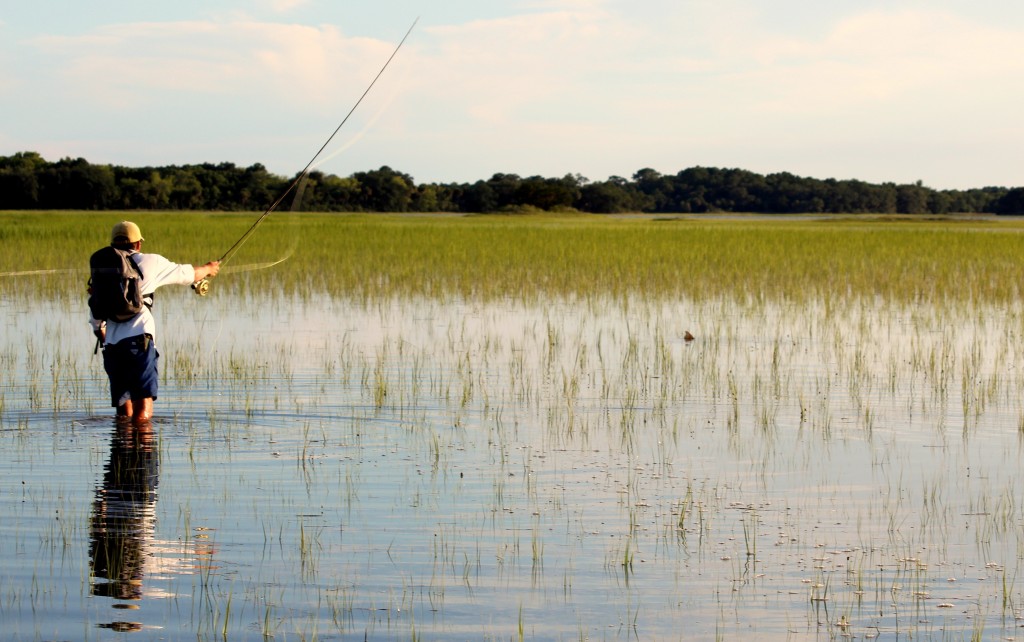 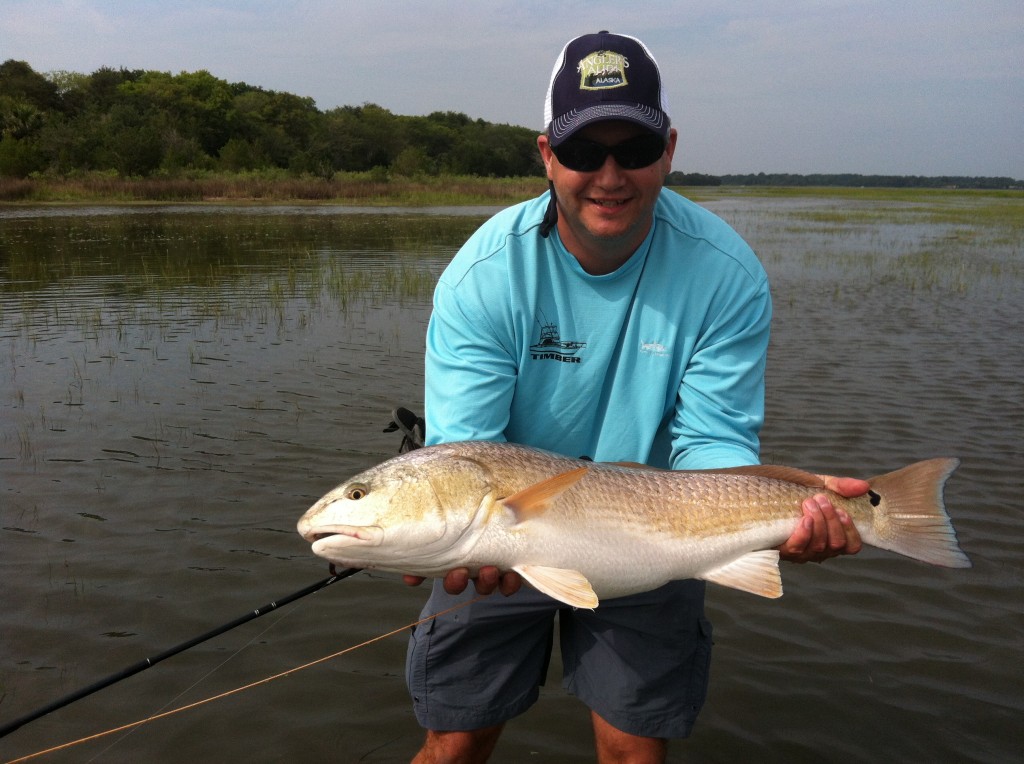 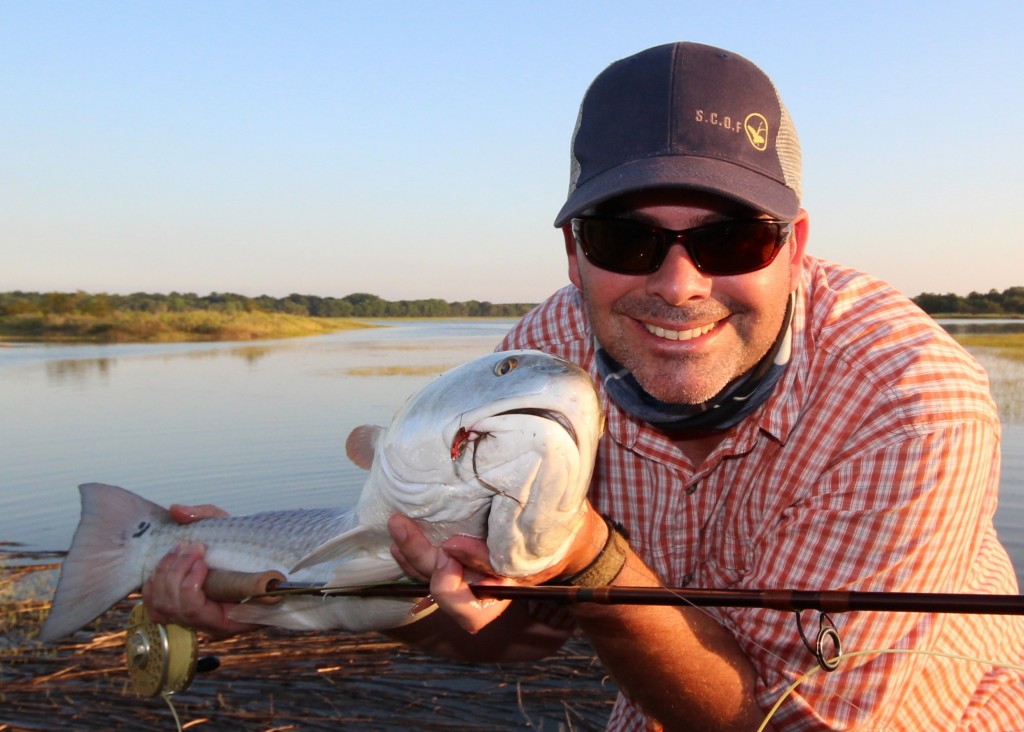