…And the reviews just keep on coming! This week we take a look at the new SAGE SALT fly fishing rod that was just released in 2014.

Let’s step back for a minute. Imagine yourself at iCast this past July surrounded by a vast array of products. You walk the isles and wander from booth to booth looking for cool new stuff (aka free samples) to fondle and snap photos of when you stumble upon a giant indoor pool. This isn’t an ordinary pool for lounging with a cold Kalik in hand- it’s to test out fly rods from all of the manufacturers surrounding the pool in the IFTD section! If you want to cast all the new fly rods for the year then this is your mecca.

I made the usual stops at the large dealers and also made note to stop by and speak with new guys at the show who are doing some really cool things. I must have handled a dozen rods that day in just a few short hours during lunchtime…one of the few rods that stood out to me was the SAGE SALT. This could have been for a few reasons. Maybe it was my casting style? Or was it because my everyday rod was an Xi3 (the precursor to the SALT from SAGE)? Each rod that I whipped back and fourth that day all had something that irked my casting style. From soft tips, to soft midsections, to almost broomstick-like actions; I ended up going back to the SALT each time to make sure I wasn’t going crazy.

The SALT has some notable features right out of the tube that you’ll notice over the last generation of saltwater rods from SAGE. The rod tube is now powder coated bright blue instead of textured, the reel seat now features a number (in this case ‘7’) denoting your rod weight, the blank is a slightly different hue of blue, and the reel seat cork butt is larger and has a sharper flare to it. 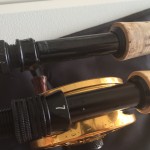 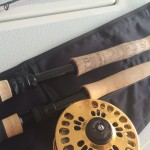 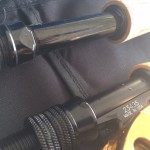 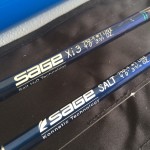 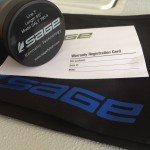 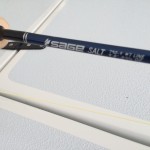 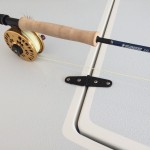 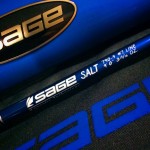 Most of the new features- you can’t see with the naked eye.

The SAGE SALT I’ve been using the last few months is the 790-4 which is a 7 weight. For testing, this rod has replaced my Xi3 7 weight that I’ve been using since early 2013. The SAGE saltwater rod lineup has evolved over time to show advancements in manufacturing technology and the progression of the fly fishing in saltwater sport. The predecessors of the SALT were the RPLXi, the Xi2, and the Xi3 (and probably something in between I’ve forgotten).

I consider myself part of the ‘new progression of fly fishing in saltwater’. I cast my fly rods fast and loose which requires a rod blank that can keep up with me. The Xi3, to me personally, was the first rod I had found that could do that. Quick false casts with accurate presentations to fish was what I needed to do in the Mosquito Lagoon and that’s what the Xi3 allowed me to do better. I put emphasis on the word better there because you can obviously catch fish with a Wal-Mart combo, but buying quality gear allows you to hone your skills and become better. But would the SALT be an upgrade? Turns out…yes.

Speed – As stated above, the SALT is plenty fast. With the right line, the SALT will allow you to throw from 20 to 40 feet of line out with only one false cast.

Line Pick-Up – When you make that whacky toss in front of a fish that didn’t quite go where you planned, you need a blank that can pick up line on the quick. The SALT had no problem picking up 35 feet of line when I managed to flub a few tosses in front of cruising or tailing fish.

Fighting Power – The 7 weight SALT held up great for a blank its size. The blank is actually kind of thin, which I like, and has lots of power in the butt and midsection. The tarpon below approves of its power! 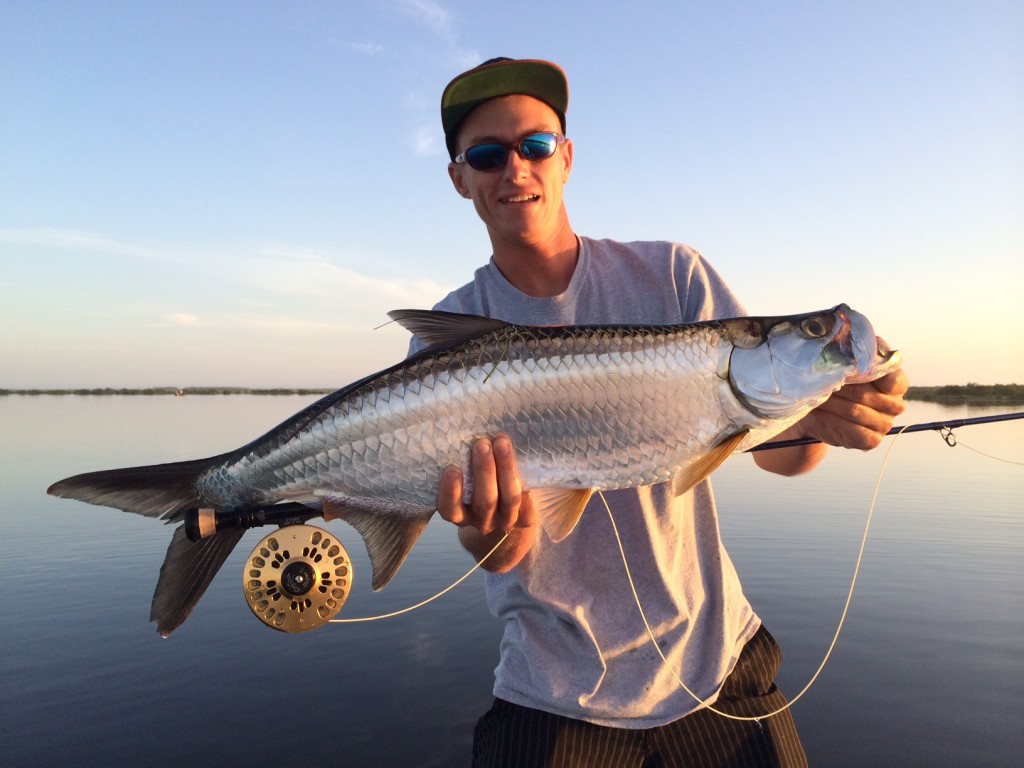 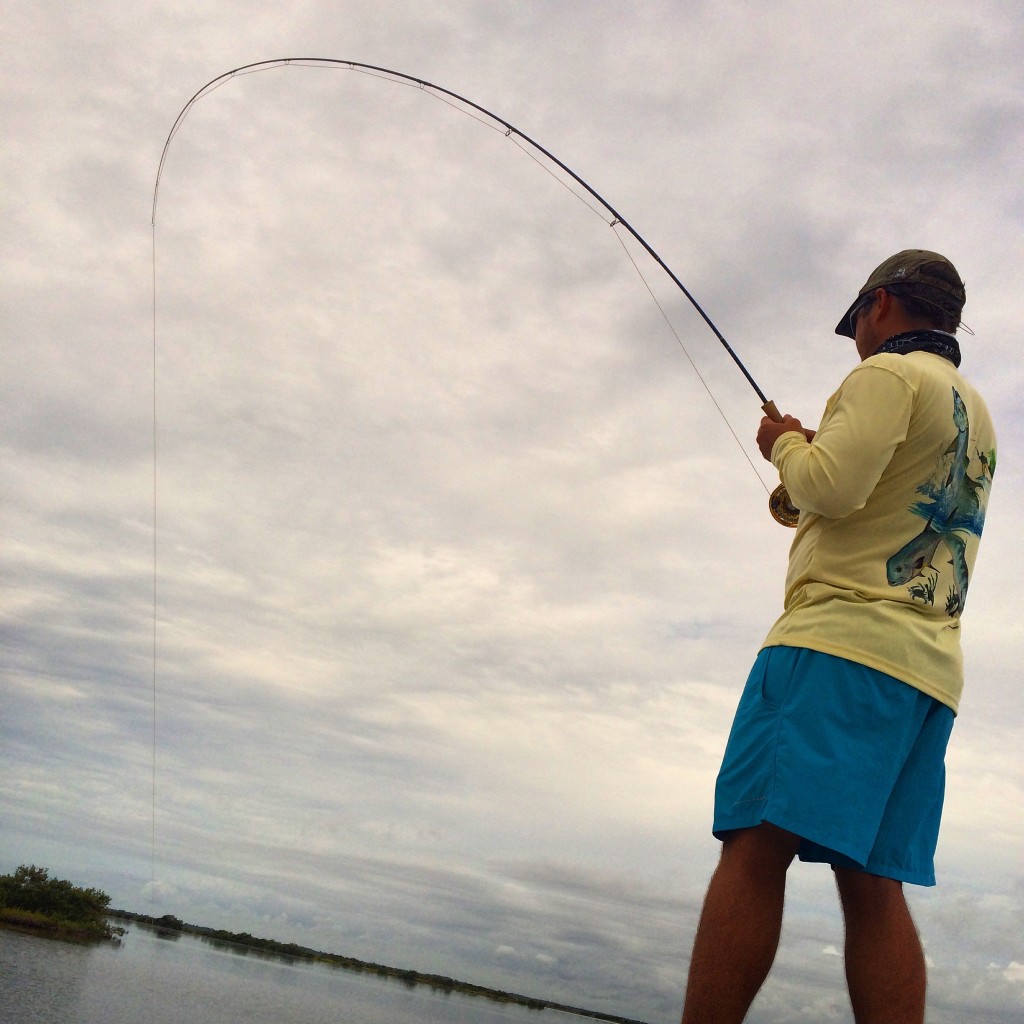 Feel – The SAGE SALT has a very nice and subtle feel to it that runs from the butt section all the way to the tip. The blank allows you to ‘cast with the tip’ and really feel when your line is about to load the rod. If you’ve mastered the art of ‘casting with the tip’ of your fly rod, the new SALT with its Konnetic Technology® will make you fall in love.

An Upgrade Over the Xi3?

In my opinion after using this rod for the last few months, it is an upgrade over the old Xi2 and most definitely the Xi3 series. I hear allot of talk from fly anglers, who may be a bit cynical, about how fly rod technology really can’t progress THAT much in one year and it may not be worth it to invest in brand new $700+ rods every 12 months.

For the progression of the saltwater line of fly rods from SAGE, this new SALT is most definately an upgrade over the Xi3’s technology. Will the new SAGE fly rod for 2015 (if there is one) be a worthy upgrade over the SALT? Only time will tell- but the current SAGE SALT is an excellent contender.

I can’t really complain about much in this review of the SALT. My experience with it has been solid and the rod has performed well each time I needed it to. If you’re in the market for a new saltwater fly rod I would highly recommend heading over to your local fly shop or SAGE dealer and tossing out a few loops with the new SAGE SALT!