The months come and go while sitting at work all day during the week, but there’s one week I look forward to every year on the calendar. The yearly Islamorada trip.

Humping the skiff down from Central Florida to Islamorada each year has become a kind of fishing tradition for my fiance and I. The water, the sky, the wildlife – and of course the fish. Having awesome restaurants such as the Green Turtle Inn and Pierre’s doesn’t hurt when discussing our trip each year, either.

The trip started out as it does every year with arrival at Cheeca Lodge. I have to say that after years of traveling down to the keys that Cheeca Lodge has the best accommodations for those that want to bring their own skiff. The hotel area itself is gated and staffed 24 hours, and has a trailer parking area where you can leave your skiff parked allowing you to drive around for dinner or supplies when not fishing.

Check-in was uneventful but our first day out on the water was the complete opposite. 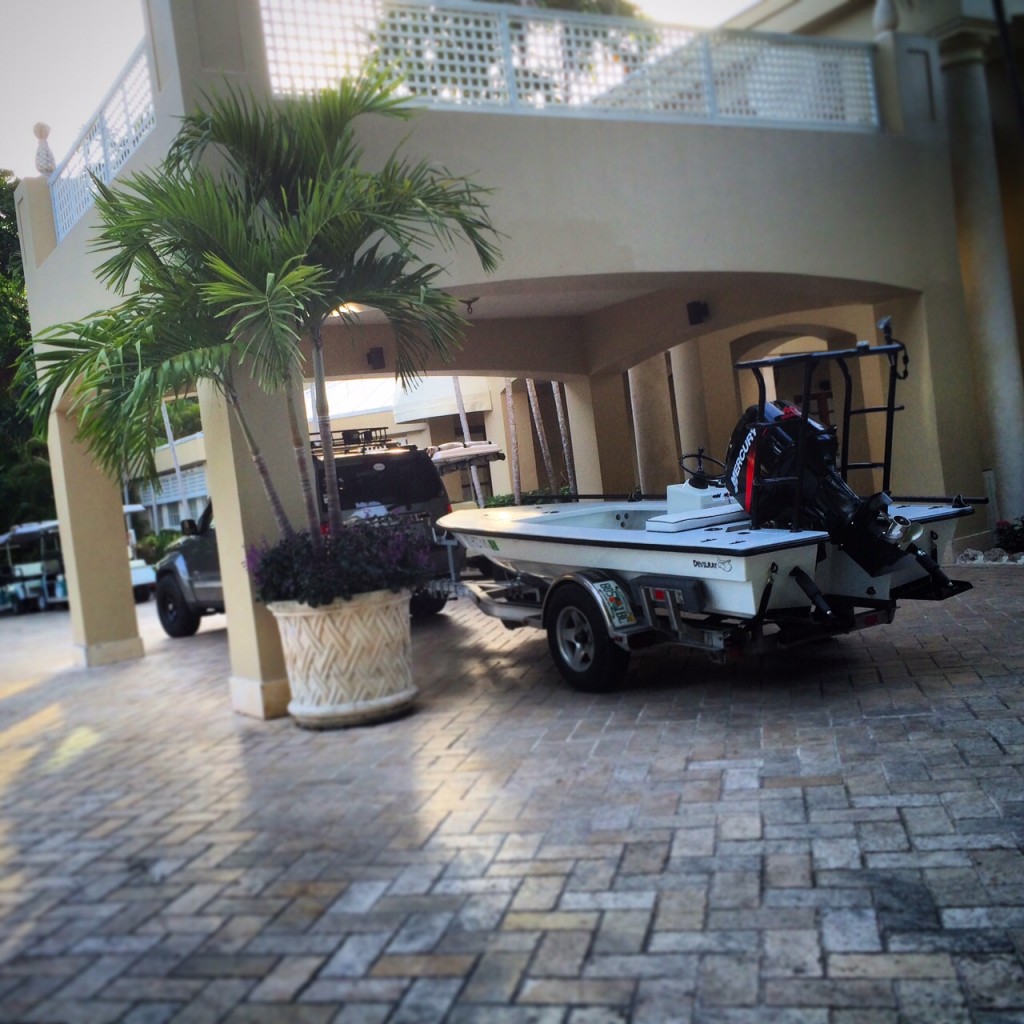 The first day started a bit late as the wind slowly died down for us. It was as if Mother Nature felt our arrival in the Keys and blessed us with an initial window of opportunity and optimism. Indian Key fill is my launching spot of choice not just because it’s less than a mile from where we were staying, but it’s also free and adjacent to all the main channels around Lignumvitae Island. 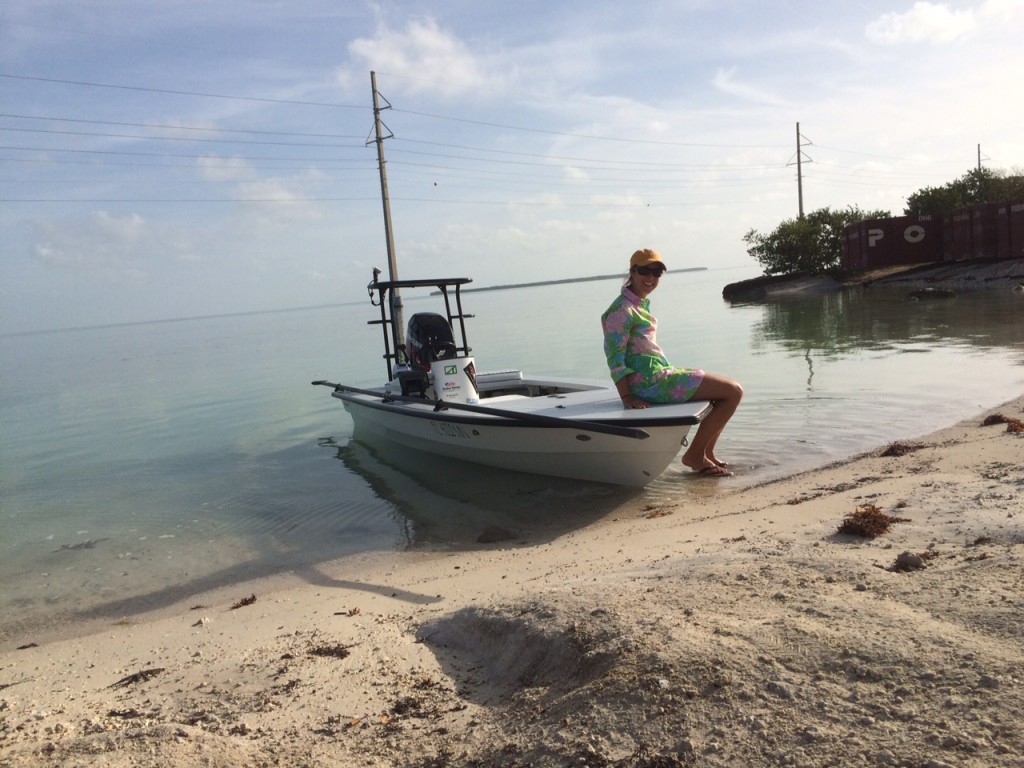 After launching the skiff and excitedly jumping in to start the motor, we headed off we were well underway.

What a joy it was to arrive in the keys after almost 360 days away and have perfect conditions. As the sound of the Mercury 2-stroke wailed away behind me I chose our first spot for the day and headed through the twists and turns of Florida Bay in order to find it. 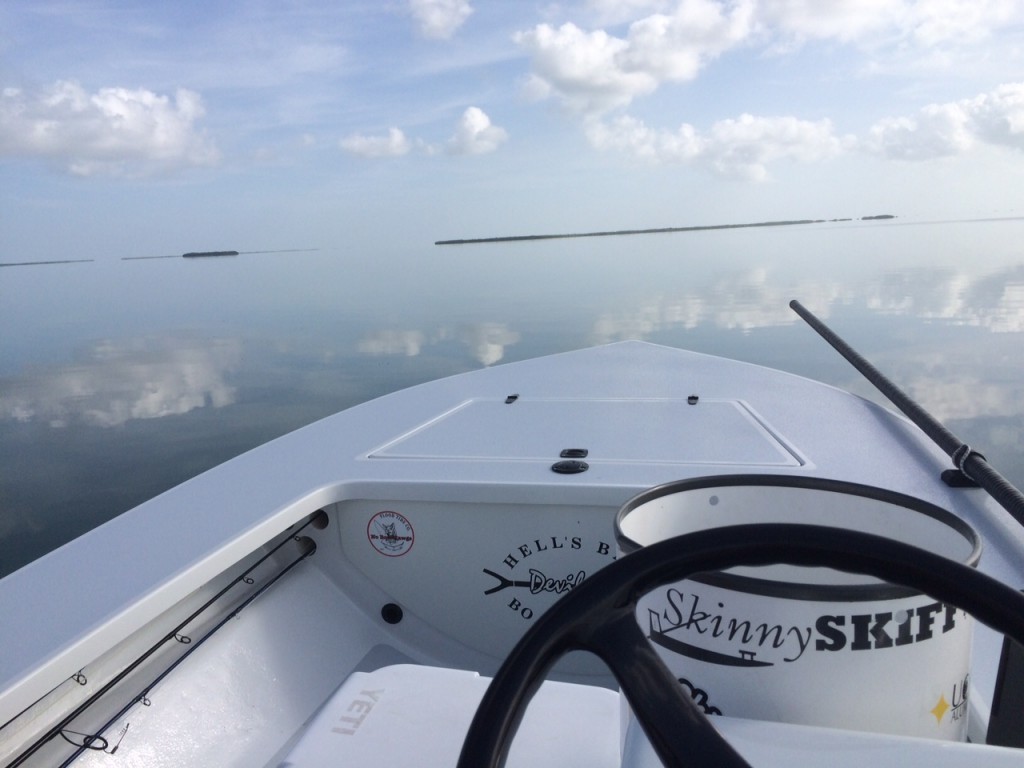 Lucky for us my choice of spot for the afternoon was on point. As soon as I turned the motor off and began to pole the skiff around we were surrounded by fish. Literally hundreds of redfish were all around the skiff tailing and cruising the flat which was littered with mangrove chutes. 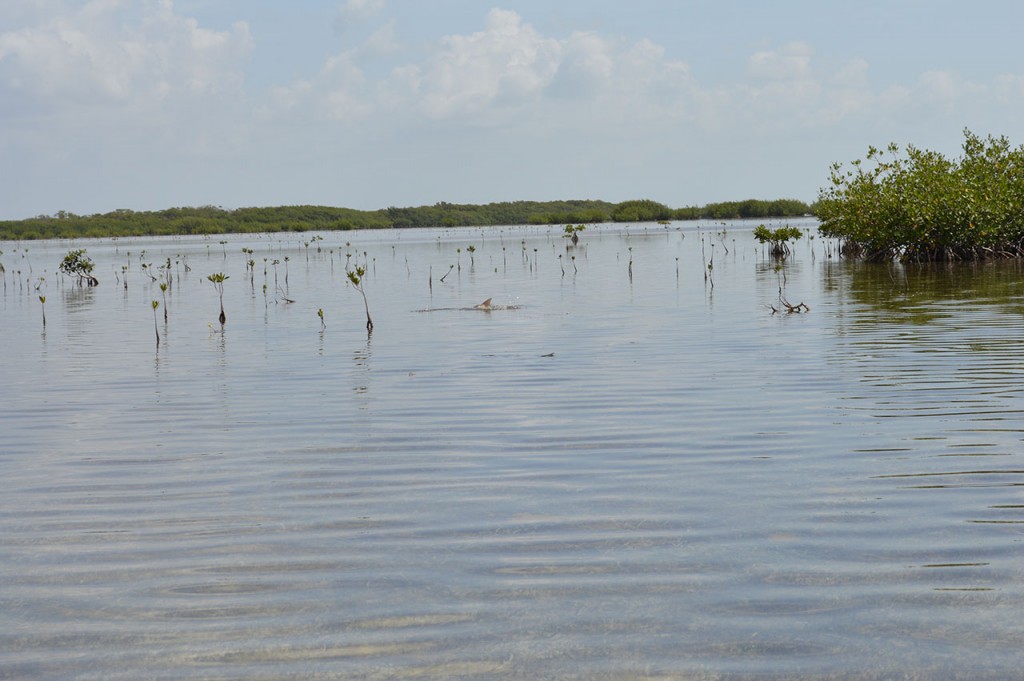 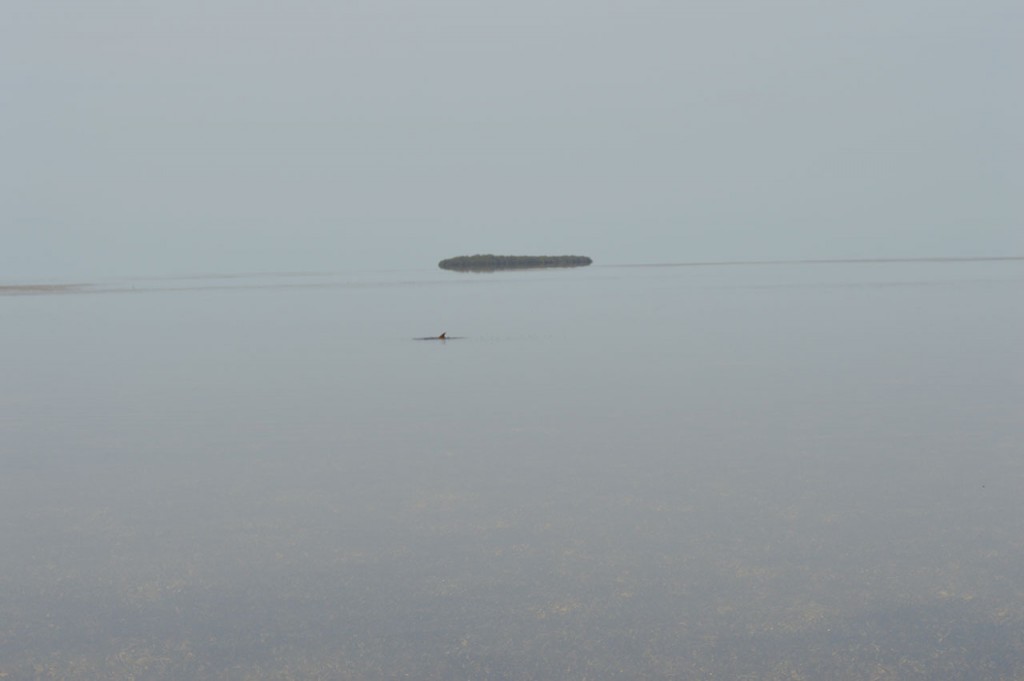 There was one problem, though. The fish didn’t want to eat a single artificial lure we had in inventory! That’s right…not even ‘Gulp’. Oh well. It was a beautiful sight to see so many redfish eating, tailing, cruising and just generally being happy in Florida Bay.

For a the first spot of the day; you can’t ask to see more than that.

Lunch as usual was a pitstop a the Lorelei for a fish sandwich and ice cold Kalik. Besides the fishing this is probably one of my favorite things to do in Islamorada; hang out at the Lorelei. The atmosphere is great and the food ain’t too bad either! 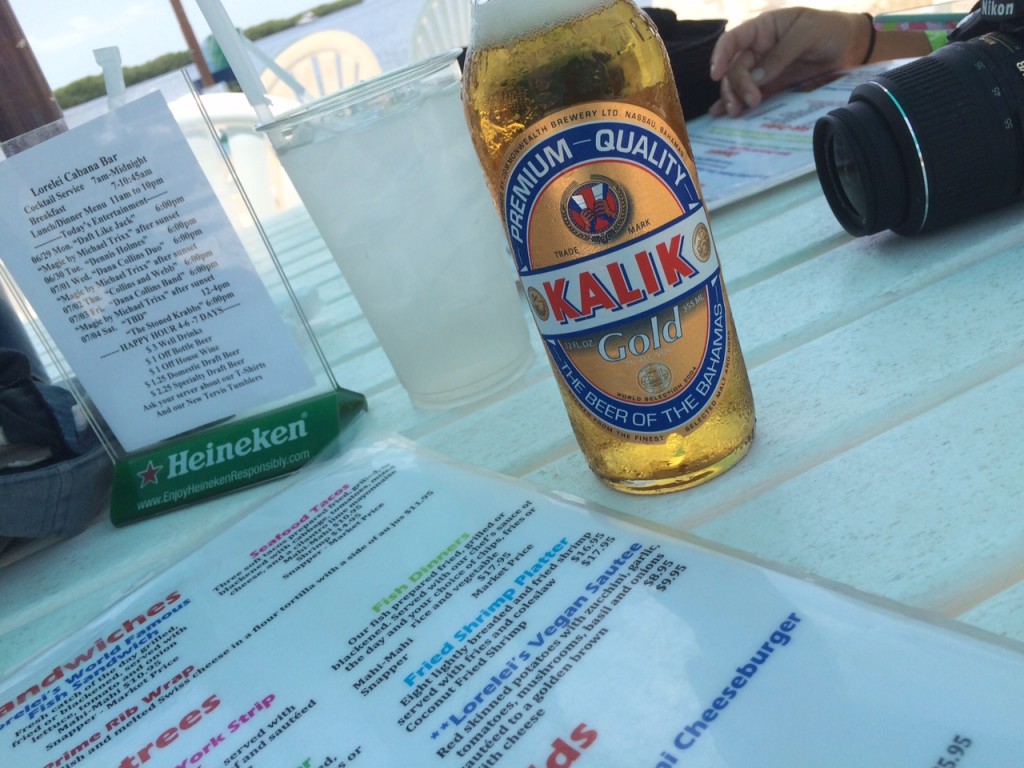 On day two of our trip I decided to head out and try those same redfish again. Turns out they were being just as stubborn as the first day and we couldn’t get a single one to eat.

No matter. Florida Bay is a big place and there are plenty more ‘fish in the sea’ as they say! 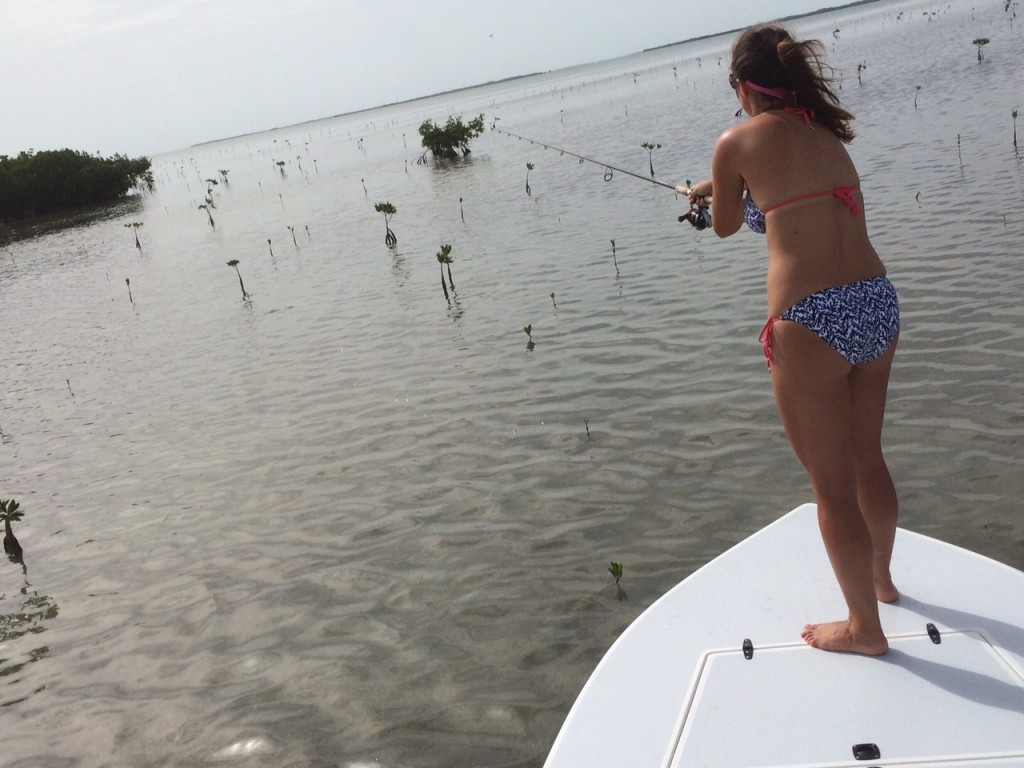 The next spot proved to be another great choice.

The flat we stopped on has always produced quality fish for us each year we come down to Islamorada. Once again I powered it over almost 10 miles from our previous spot to this ‘honey hole’ in search of some old friends from months past.

Once again we were in luck and this time the fish were willing to cooperate- with gusto!

These fish were amazingly cooperative and would dash over ten feet just to eat the artificial lures we would throw at them. As soon as the lures hit the water around these redfish they were immediately begin to hunt and search for it almost like it was made of some sort of fish-crack. 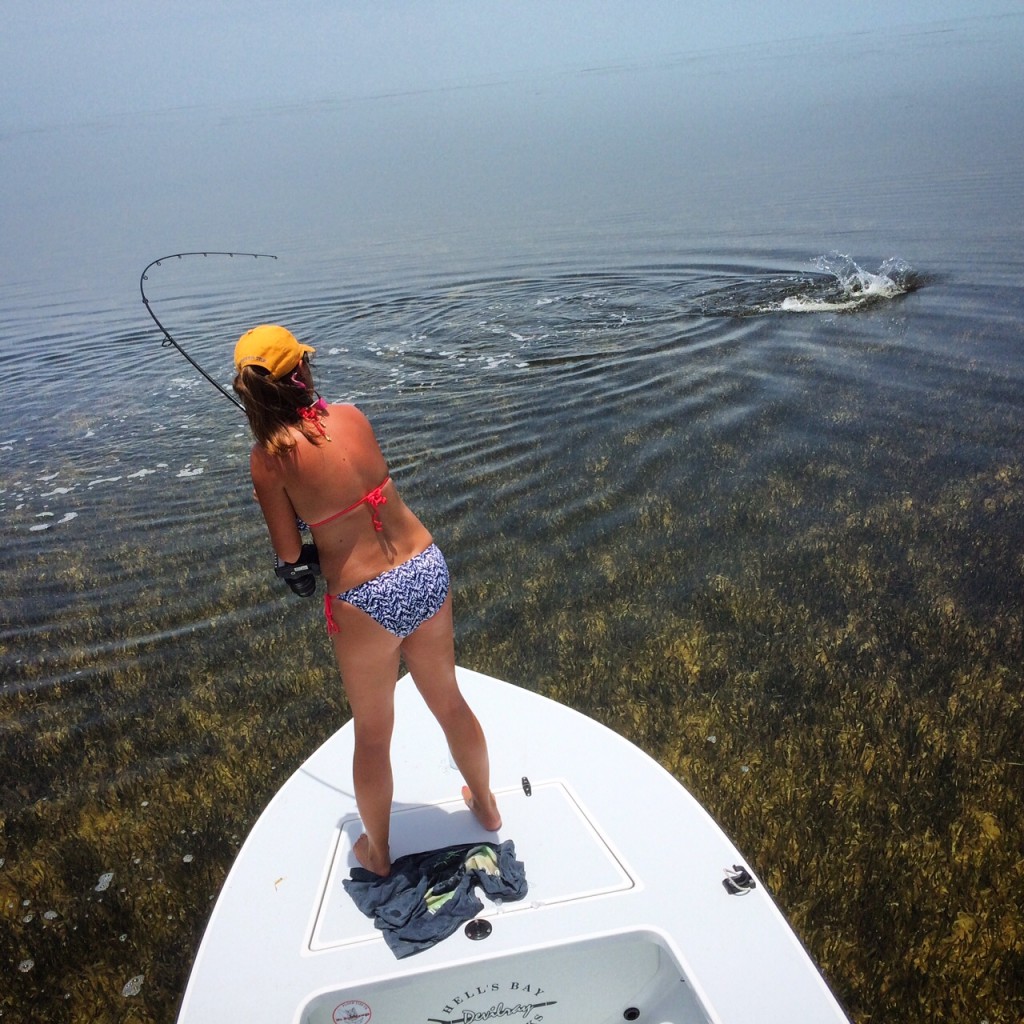 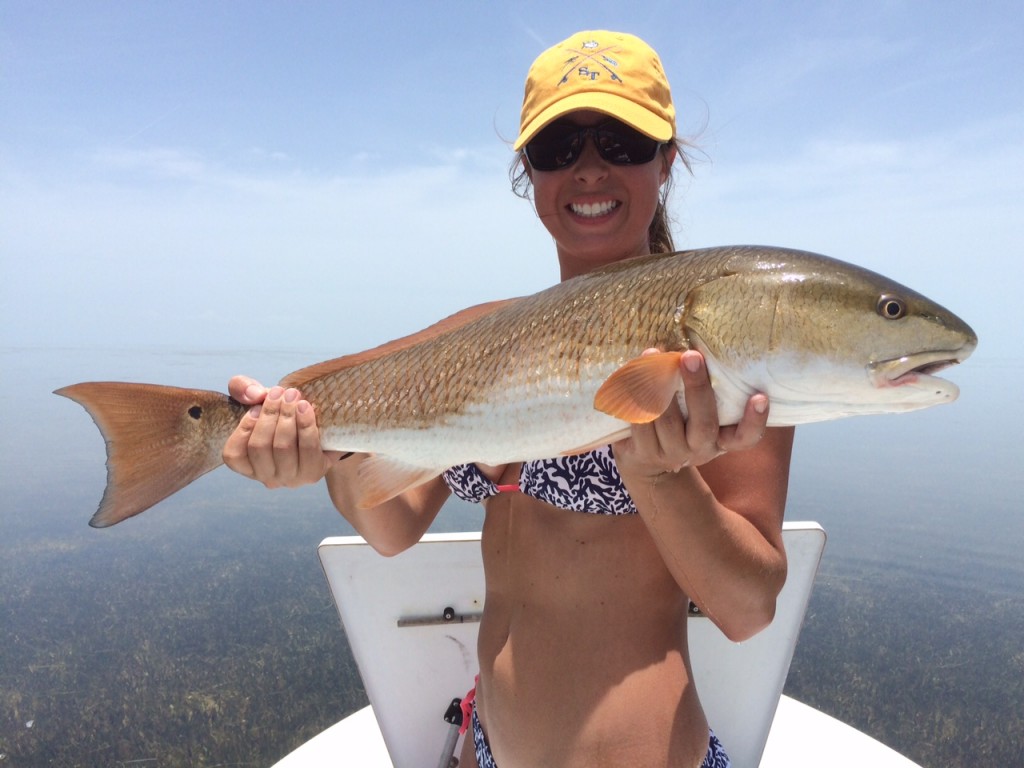 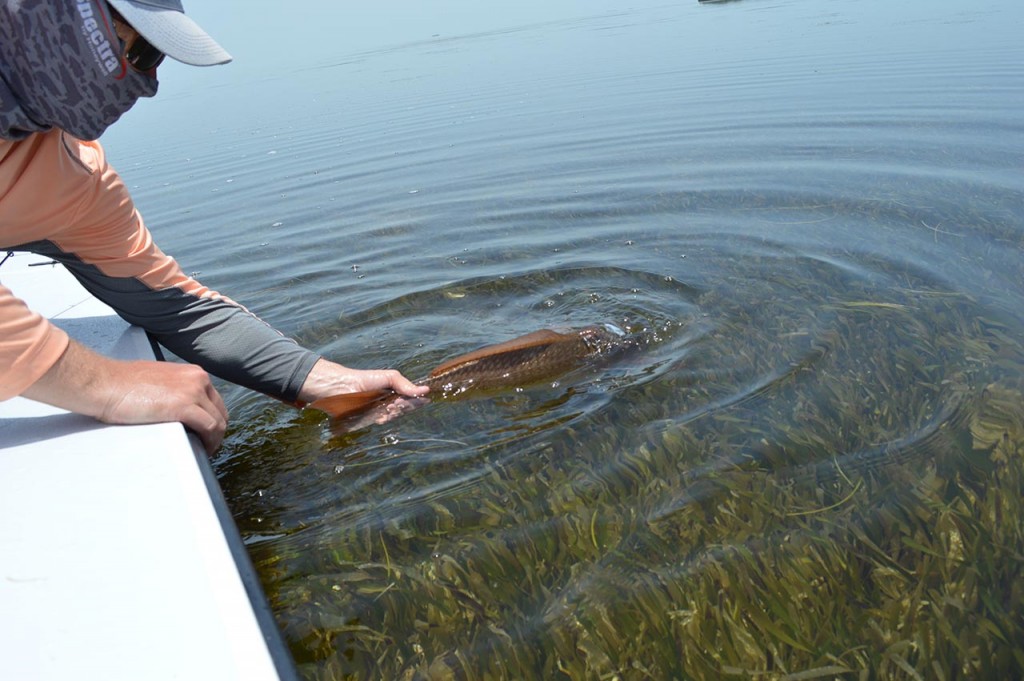 That day was great and is another one for the books. We let our buddies back into the water to fight another day and motored on back to the ramp.

The other two days out in Florida Bay were much less eventful. Chasing permit and bonefish in the moving water of various banks turned out to be a fruitless endeavor. Maybe one of these days I’ll get the hang of finding the elusive Florida Bay bonefish and permit. For now it seems like I’ll keep my title as the ‘redfish whisperer’ and relinquish the others for a future trip where I have more time to get in tune with what the fish are doing.

I had one final chance on the last day of our trip to redeem my fish prowess over Florida Bay, so it was on to another spot on the way home from ‘permit watching’ miles away.

Once again the fish were happy and a few willing participants were found to come take a look at the skiff. The wind had been kicking up the last few days so it was spin rods only and I had one right by me while poling the skiff to connect with this last redfish of the trip. 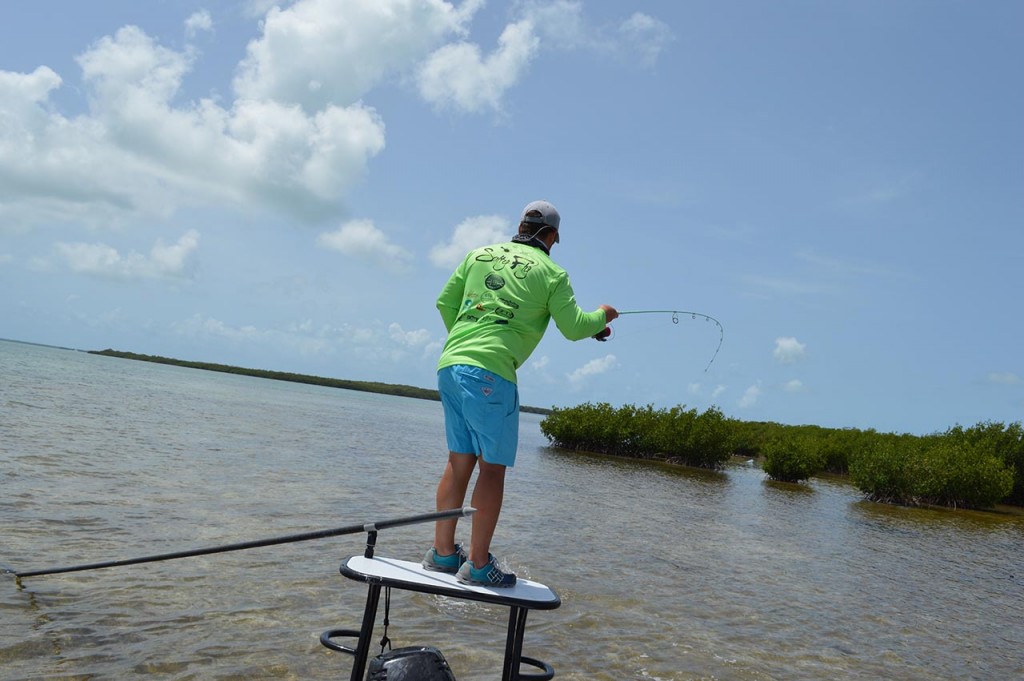 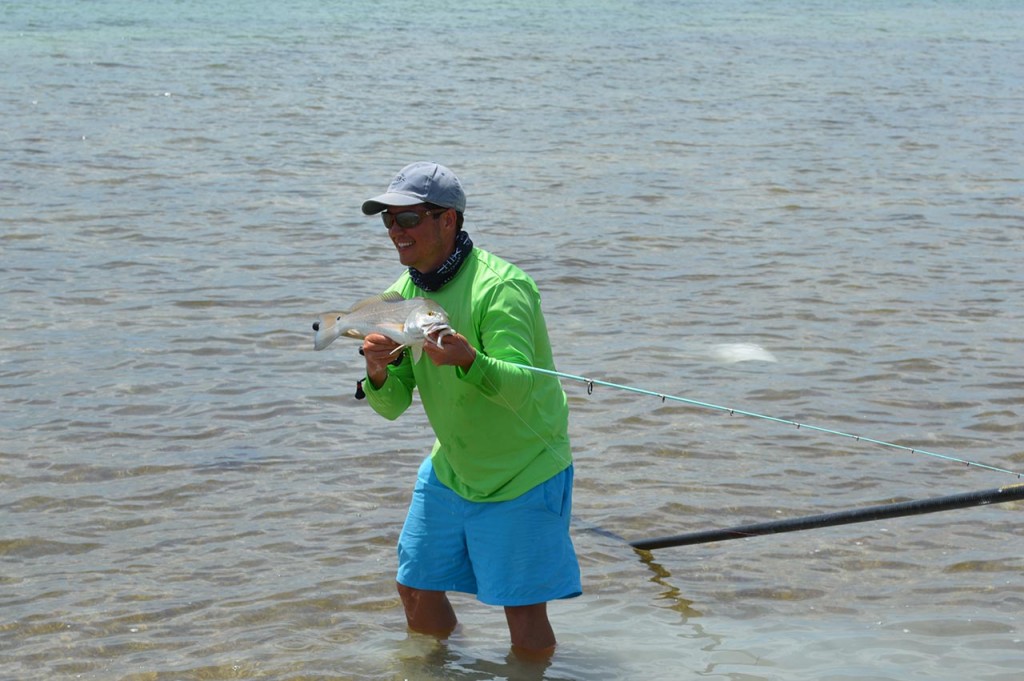 Not as big as the redfish I put my fiance on in the days prior, but you just can’t complain when on vacation in the place where the water meets the sky.

The skiff ran great and the weather was perfect. I couldn’t ask for a better week out on the water with my [now] fiance in the Florida Keys!

Until next year, Islamorada…