The Sad State of Florida Waters – The Decline of Paradise

By now you’ve surely seen the social media postings on various outlets as well as news articles outlining the sad state of Florida’s waters along the coastlines. Florida – once home to the most beautiful fishing ecosystems in the world and the world’s only “Everglades” – has come to a disastrous affair. Photos of large fish kills and dirty brown water have been flying across computers screens in the last month showing just how bad the water has gotten in Florida, aka “The Sportsman’s Paradise”.

But does anyone really care that much? Many factors are plaguing Florida’s water systems but the highest of which is the lack of long-standing public outcry for what’s going on around them. This has been going on for YEARS and no one has said anything until now. Everyone has their breaking point but this is something that should have been tackled a long time ago in my opinion. But I digress that any support this issue gets is good support.

I have written several articles on this website alone since 2012-2013 outlining the problems in Eastern Central Florida and I even wrote a satire article about how you can easily destroy your waterways (text linked in this sentence). Where were all the social media shares back then? 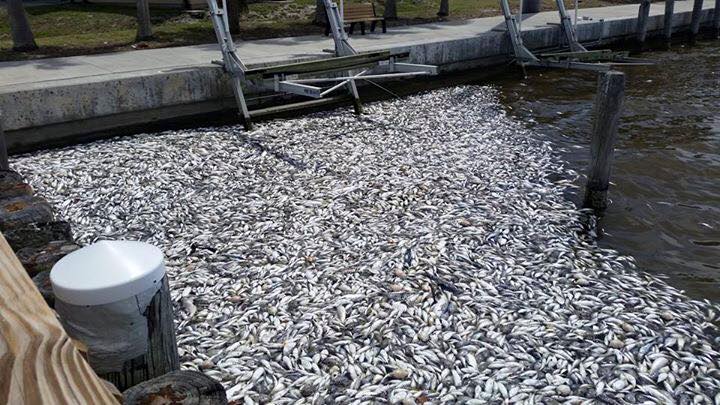 Many factors are plaguing Florida but the highest of which is the lack of long-standing public outcry for what’s going on around them. We can play blame the mean politicians all day long but we the people are the ones who put them in power and we the people have the means to take it away from them.

It’s not hard to share a photo on social media or create a fancy hash tag (which in a marketing sense is great, don’t get me wrong) but that all has a certain pointless Michelle Obama-esque #bringbackourgirls ring to it that gets exactly nothing done to really enact change.

You can call me cynical and as I stated above I do get that it brings awareness – but the real change comes when like-minded people get together in their living rooms and start to think about how physical change can happen. Real change comes when you call your state senators and congressmen and tell them that your vote is going to make a difference during the next election cycle if they don’t start listening to the people who put them there in the first place.

A few months ago when Mosquito Lagoon was experiencing another algae bloom and before the Lake Okeechobee discharges that made this cause to popular were abundant in social media, a few higher-ups at Costa Del Mar held a meeting in New Smyrna Beach with quite a few people such as Flip Pallot and other heavy-hitters in the Central Florida region to discuss exactly what can be done about the situation. It has not gotten so bad for the state of Florida that this is no longer a regional issue but one that effects the entire state from the famed Mosquito Lagoon all the way down to Florida Bay where virtually all traces of gamefish have disappeared. 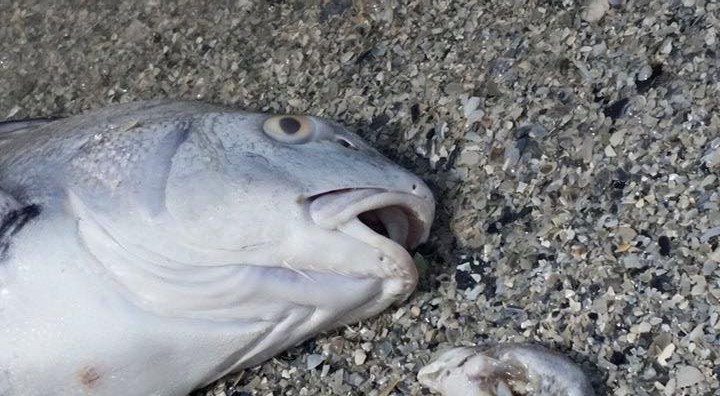 Each portion of Florida that’s being effected has it’s own problems from suburban sprawl run-off, to water management practices, to bad calls by politicians and even business/political cronyism at the most disgusting levels. All of these issues need to be solved now – and at once – or else the future of Florida’s waters is in great danger for those who will come after us such as our children. I want my kids to enjoy the pristine waters just as I did growing up and to create the same memories I did while searching for the trophy fish that were pictured in early Sunday morning TV shows.

I don’t want to underplay the current movement and – finally – the overwhelming public support cleaning up our Florida waters now has, but we cannot give-up and we cannot relent. This is a cause that must continue by supporting organizations like the newly formed bullsugar.org which focuses on the supposed corruption in the ‘big sugar’ industry in Florida that is causing the Lake Okeechobee discharges and stagnant land buying initiatives to save the Everglades.

What You Can Do

Calling your state representatives and continuing the pressure is what the public needs to do. Don’t let this cause die off like everything else the American people are exposed to when they move on to the next in-vogue movement. The roaches scatter when you turn the lights on – and that’s exactly what needs to keep happening if we want to create real change and get our Florida waters fixed anytime soon.

And as always when your cast your votes the next election cycle be sure to make choices that matter to you and your values which will hopefully in turn help bring Florida back to its former beauty.